Grenfell Tower Fire: How To Help Victims Of The Fire

Around 400 people are believed to have lived in the 120 flats in the Grenfell Tower, which caught fire in the early hours of Wednesday. Here's how you can help them.

Authorities confirmed at least 17 people have died and 79 taken to hospital after the 24-storey tower block was engulfed in flames.

How can I donate money to the Grenfell Tower victims?

A lot of Londoners have already started to help.

The Grenfell Tower Fire Fund been set up by a local councillor to help the families who have lost everything.

The Latimer Road FIre Appeal was set up by a local Muslim group to help pay for emergency food and clothing, as well as paying immediate accommodation costs.

Grenfell Tower Emergency Relief is an Amazon wishlist which will send needed items to the Portobello Trust, where victims have been congregating.

Families Of Grenfell Tower was set up by a local teacher to help residents in the aftermath.

How can I donate goods to the people made homeless in the Grenfell Tower fire?

Many people escaped from their homes in just their pyjamas and centres have been set up for people to donate goods.

People only have their pyjamas Need spare clothes, toys, toiletries - all ages:

Those affected have been offered a place to go at the Portobello Trust.

Rugby Portobello Trust has opened it doors to people affected by #LatimerRoad.

The Totten Spiritulaist Church in Southampon is collecting donations of food, drink, toys and clothes. They will bring they to the victims in west London tomorrow.

How many people have been made homeless in the Grenfell Tower fire?

There are 120 flats in the Grenfell Tower and 400 people are believed to be living there. They will not be allowed back into their flats.

Other buildings in the estate have also been evacuated and it's unclear when residents will be allowed back into their homes.

The Met Police have set up an emergency number for anyone concerned for friends and family at Grenfell Tower: 0800 0961 233. 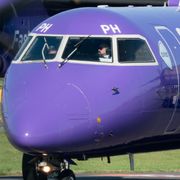 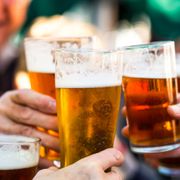 Cheers! Pub numbers grow for the first time in a decade