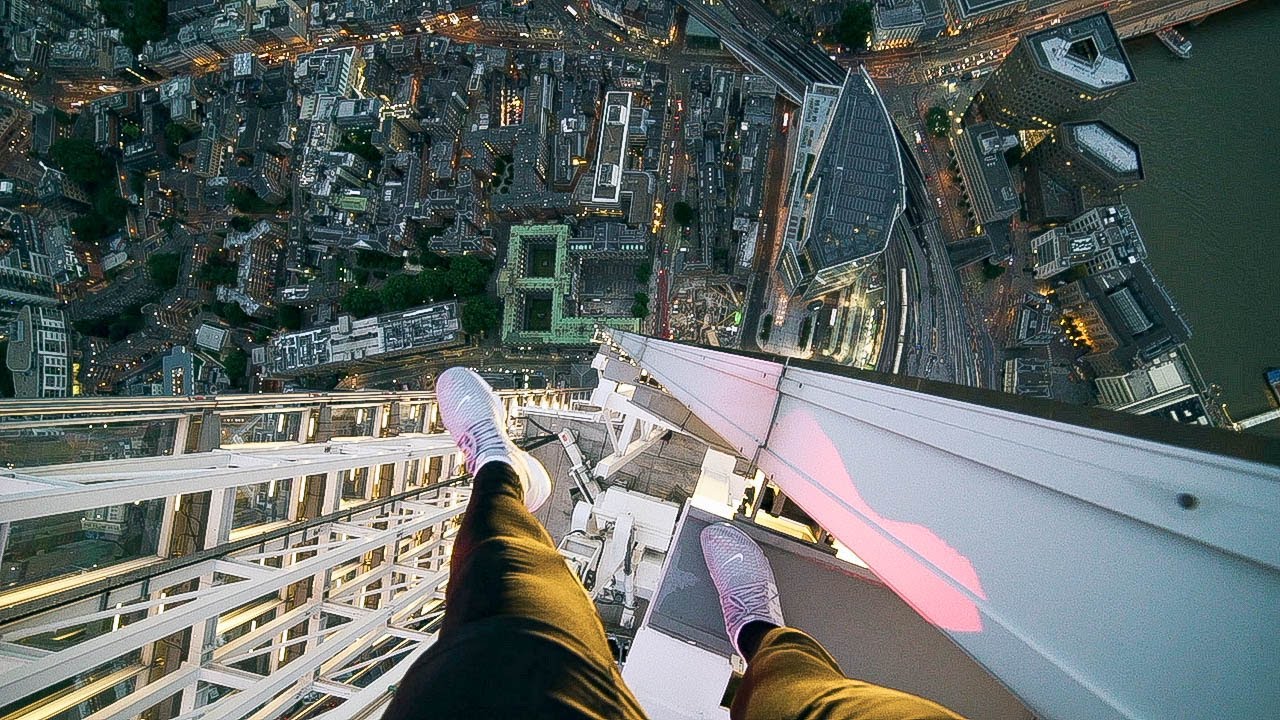 The ‘rooftopper’ known as Cassonline posted the clip of him hanging off the top of the Shard after climbing outside the building.

The video, posted online on Sunday, July 3, shows the building climber go to the observation deck on the 72nd floor.

CassOnline and his friend then wait for two hours until shortly before closing time. Carrying a GoPro mini video camera he then makes his move.

From this observation deck, which has open sections, he is able to climb outside. He is then quickly above the area for tourists and into a maintenance area, climbing an access staircase.

He reaches the final floor but doesn’t stop there. He then climbs the steel beams to the very top of the structure.

As he stands on a precariously small base at the top of the tower he turns the camera to the city, with the wind rumbling around him and shaking the camera.

He finishes calling it “an insane mission”. He also says he won’t climb anymore buildings in London so that emergency services don’t have to waste time chasing him.

Cass has previously posted videos of himself climbing Tower Bridge. On that occasion he was arrested and interviewed but not arrested.

US defence secretary tests positive for Covid-19 for second time

Kremlin critic Navalny says he is in solitary confinement