How Russia And China Will Shape Trump's Presidency

I wonder what President Obama is thinking today, as the massacre of the innocents proceeds apace in Aleppo.

As he prepares to leave office, this most elegantly eloquent of American Presidents intellectually, must surely see the appalling consequences of weakness and paralysis in his Foreign Policy.

Exactly 25 years after the collapse of the Soviet Union, a Russia that under Putin contrives to be even nastier than the old Soviet set up, is on the rampage again, arranging atrocities in the Middle East with a freedom and insouciance unimaginable under any previous American President.

Historians will surely take the view that the US began to sow the seeds of its own destruction as a respected world power by the action of two contrasting Presidents; George W Bush, who was too tough; and Obama who was too weak.

Bush started the rot in the Middle East by deposing Saddam without any thought as to what might happen afterwards.

Obama sat back and let this Bush-inspired chaos engulf the region.  Nature abhors a vacuum, and into the space America’s abdication of leadership vacated, in stepped Putin with a blood thirstiness that almost defies description, with Russian aircraft dropping barrel bombs onto civilian populations, without a squeak of protest from Obama.

Whilst during all this, Obama continues to utter lofty, beautifully-formed sentences, and plays a few more rounds of golf, seemingly unperturbed. 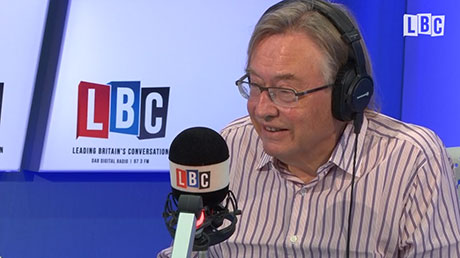 Obama’s own failures do not however cause him to cut back on lofty denunciations of Donald Trump, the prospects for whose Presidency grow ever darker by the minute.

Trump will take a soft line on Russia, perhaps because his business has been so in hock to Russian money for so long, he can’t really stand up to them, without some disagreeable truths emerging, perhaps in a flurry of emails, who knows.

There are those of course who will agree that now Putin is out and about, its more dangerous to rein him in than to let him carry on, on the basis the one thing that destroyed the Soviet Union - a first world foreign and defence policy on a third world economy – will also do for Putin.

Today, most observers expect, we will get confirmation of Trump’s determination to suck up to Putin, with the appointment of a totally inexperienced, arse-licking oilman as his Secretary of State.

Why is he doing that?  Is it more than the fact the Russians have got stuff on him?  Is it maybe because one empty braggart, Trump, trying to play a winning hand, with his best card, the four of diamonds, so admires Putin, because Putin has done exactly that most successfully for years, and continues to get away with it.

In due course, we will find out, hopefully not the hard way.

But while attention focuses on Trump’s attitude to Russia, it’s his approach to China that really bothers me.

Trump has thrown over, with the same of lack intellectual effort that most of us break wind, 30 years of American policy towards a face conscious emerging super power, the Peoples Republic of China, by casually taking a call from the President of Taiwan.

He says, an American President should be able to talk to whoever he wants.  In a sense that’s true, but not when five previous Presidents determined that wasn’t the right approach, and told the Chinese so.

Pulling the tail of the Chinese dragon could be expensive for Trump literally, and metaphorically.  China’s determination to assert hegemony over the Asean region, can readily been seen, not just economically/financially, but potential militarily with the aggressive expansion of the colonisation/militarisation of small islands in the South China Sea.

But it’s more fundamental than that.  If the Chinese withdrew their trillions of dollars currently shoring up the American deficit, Trump, whose policies would increase that deficit substantially, will be in real trouble.

But then, maybe he’s in trouble already.  Maybe, so far as his fate is concerned, it is written, as the Arabs say.

The aggravating, but often insightful, documentary maker Michael Moore made two interesting predictions some months back.   Firstly, he predicted Trump would win, when everyone else was writing him off.  Secondly, he predicted that Trump would either be impeached or indicted with a criminal offence within two years of the commencement of his Presidency.

I wouldn’t bet against that, would you?

"10pm curfew is a big mistake and the PM knows it," top restauranteur tells LBC

'I get £36-a-month in Universal Credit,' struggling freelancer tells LBC