LBC Views: Shelagh Fogarty reflects on William and Harry’s relationship as the Diana statue is unveiled 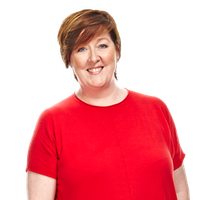 A mother is always a family’s central figure - for good or ill.

The influence of a good mother, and there’s no doubt Diana was one, will course through your veins for life. I think that’s evident in both Prince William and Prince Harry.

Even before the unveiling today of a statue in her honour, countless images of her with them and rather fewer words about her from them tell us she was affectionate, enormous fun, but a woman whose good manners meant she’d tick them off like any Mum if they behaved badly. How strange it must have been to have a mother so ordinary but whose life outside the home was wholly unique. It can’t have been easy to have billions of people clamouring for your mother. She’s yours not theirs.

It happened most damagingly, of course, on the day of her funeral. By his own account the damage done by being on show that day is still coursing through Harry’s veins. William seems to have made his peace with it. Who knows?

Our hearts went out to them then and mine does again today. Two little boys now grown men will stand together in the relative privacy of Kensington Palace garden and unveil a statue of their mother who’d have been 60 had she lived. My own sister turned 60 a few days ago and we commented on how sad it is that their vibrant, interested, funny Mum missed out on so much of their lives, especially their children.

Mothers bind their children together. I’ve got six siblings and it’s hard to imagine ever turning my back on one of them for the simple reason it would deeply hurt my mother. She is the glue. Families are where we learn to navigate other people and the mutual starting point and end point is often our mother.

Prince Harry’s hurt and hurtful public utterances on what the past has done to his mental and emotional health have in turn hurt members of his family, especially his brother and father. The conflict that existed between their parents complicates things further.

Harry and William seem like loving men and there is no doubt they once had a friendship every bit as deep as the one Diana wanted for them.

That is where the relationship can recover. In the bonds she created and that they will always share, no matter what.