Clive Bull couldn't get a word in edgeways when two peers got into a heated exchange about whether the public should be given a second referendum on leaving the European Union.

Peter Lilley said that the suggestion Brexit is "too complicated" and should instead be handed over to the public for another vote was "nonsense".

"The most important issue is trust, when people make promises, they should keep them," he told Clive.

He added that when David Cameron said there would be no second referendum, that: "I don't recall Lord Bilimoria or anyone else repudiating that at the time."

Lord Bilimoria disagreed, saying that Brexiteers were keen to leave on a no-deal Brexit but that it would not win a majority in Parliament.

But Mr Lilley butted in: "We've already voted for it. We voted for it in Parliament, 550 MPs voted that we would leave on the 29th March."

Mr Bilimoria replied: "The person who made this promise was David Cameron, and he ran away the next day."

Watch as the pair continue to clash in the video above. 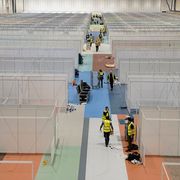 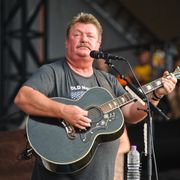