The Conservative MP and Brexiter told Matt Frei that Nigel Farage has "slightly lost the plot" multiple times in their short conversation.

Francois said: "Do you think Sir Bill Cash would ever vote for anything that kept us in the European Union? I mean, really, honestly."

He continued: "Bill has been consistent on this for 40 years.

"In fact, interestingly, a couple of days ago, the Brexit Party candidate against Bill publicly withdrew because he said in so many words, I can't fight this bloke because he's wanted to leave the European Union for 40 years.

The Tories want to leave, Labour want to remain, the Liberals definitely want to remain. Why does Nigel Farage want to fight the people who want to take us out of the European Union, which is what he's wanted all his life?"

He continued: "I fear, if I'm honest, he's slightly lost the plot. For instance, how many Brexit Party supporters know that in their policy programme that they announced yesterday, they now want proportional representation.

"Now, we had a referendum a few years ago in the UK on whether or not to switch to a form of PR, we absolutely slaughtered that, it was overwhelmingly defeated.

So now Nigel Farage wants to overturn the results of that UK-wide referendum. So he's sort of slightly lost the plot to me."

Matt put it to him that you can see why he wants PR so that smaller parties, such as his own, can get into Parliament.

Francois replied: "Well, perhaps but how many Brexit Party supporters want to get rid of FPTP and believe in proportional representation?

"I've got sources in the Brexit Party too and what I'm hearing is they're pretty annoyed with Nigel because they think he went over the top yesterday, and he was so rude to the Tories that he's made some kind of collaboration extremely difficult.

"I mean, as I say, I've always respected Nigel Farage, up to a point, you could argue if he never existed, if he'd never been born, we never would have had a referendum. I think that's a fair point but I fear, at this stage, for whatever reason, Nigel slightly lost the plot.

And he's asking his party to take on the party who desperately want to take us out of the European Union. He's he's fighting the wrong enemy." 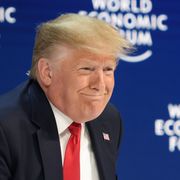