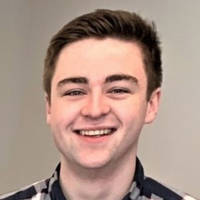 Thousands of people have spent a fourth night without power amid "catastrophic damage" caused by Storm Arwen.

At least 17,000 homes across Aberdeen, Aberdeenshire, Moray, Angus and Perthshire still have no supply.

Rest centres with supplies have been set up in communities with residents battling plummeting temperatures - minus 7C was recorded at Loch Glascarnoch on Sunday - and -5.7C at Tulloch Bridge.

Power was knocked out as hurricane-force 100mph gusts of winds, heavy snow and rain battered the UK on Friday.

Three people died as trees fell during the storm which the Met Office had a rare red alert in place for.

Scottish and Southern Electricty Networks has retained its red-alert status and described damage as "catastrophic".

A spokesperson said: "Since the start of Storm Arwen at around lunchtime on Friday, power has been restored to over 103,000 customers in total, with 17,000 customers currently off supply.

Mark Rough, director of customer operations at SSEN, said: "We continue to make good progress following the extensive network damage caused by Storm Arwen, with additional teams assisting with restoration efforts and major connections made to locations such as Ballater and Braemar.

"Our engineers are still experiencing challenging conditions and multiple faults on individual circuits, with complex repairs under way that will take longer than normal.

"The extent of the damage is also hampering the ability to re-route the network to restore supply.

"We recognise that another day without power brings additional concern to those affected, and I'd like to apologise to all customers for the ongoing disruption and assure them that we are doing all we can to restore power.

"We continue to prioritise support for vulnerable customers, through co-ordination with our resilience partners, and are also offering to reimburse reasonable costs for accommodation, where customers do not have any alternative option."

With Customer Contact Centre lines remaining extremely busy, we continue to encourage customers impacted to only phone if it is an emergency or if they need extra help, to keep the line clear for vulnerable customers who may need extra support."

As part of this, support is being prioritised for the most vulnerable Priority Services Register customers.

Teams from SSEN, using 4X4 vehicles, will deliver hot food and drinks to customers on SSEN's Priority Services Register in some of the more remote and isolated communities.