This is the incredible moment a minute’s silence in Manchester concluded with an impromptu rendition of Oasis - Don’t Look Back in Anger.

Among those paying their respect at the memorial event were the Mayor of Greater Manchester Andy Burnham and Lord Mayor Eddy Newman.

Surrounded by flowers and tributes, the huge crowd fell silent at 11am as the country momentarily paused to reflect on the atrocity. 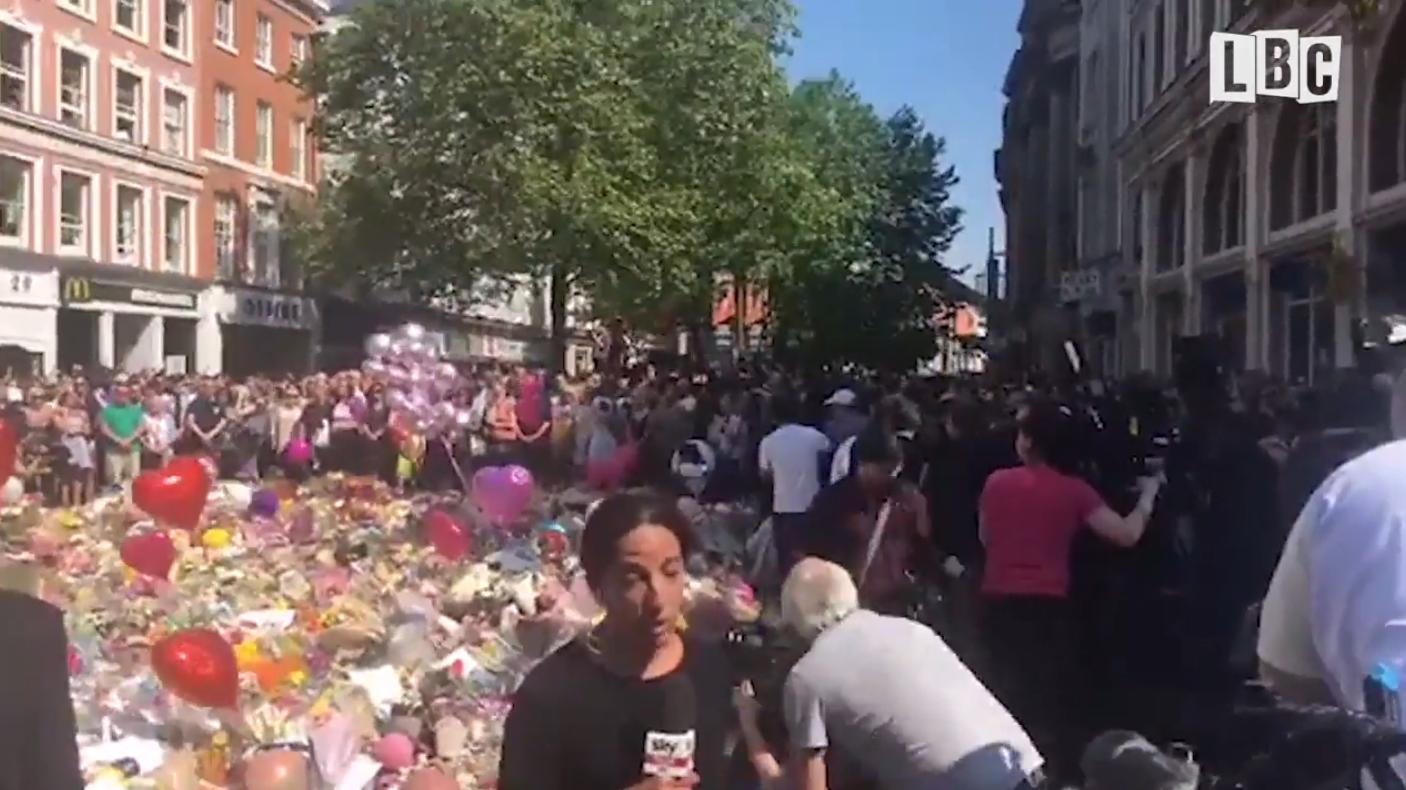 As the minute passed, the crowd spontaneously turned vocal, citing a rendition of the iconic song by Manchester band Oasis.

Noel Gallagher spoke earlier this week about how he’d been affected by the attack on the Manchester Arena.

In an interview with LBC’s sister station, Radio X, the Oasis co-founder said he was left “speechless” by the event.