Kind-hearted Londoners have offered spare beds and free lifts to people caught up in the two terror incidents.

Police have confirmed two terror incidents, one on London Bridge involving a vehicle and a knife, and another in Borough Market.

London Bridge Attack: This Is What We Know So Far

Many people were trapped in central London due to the incident, with London Bridge Station closed by police.

But social media was flooded with offers of a free bed for those who had nowhere to go. 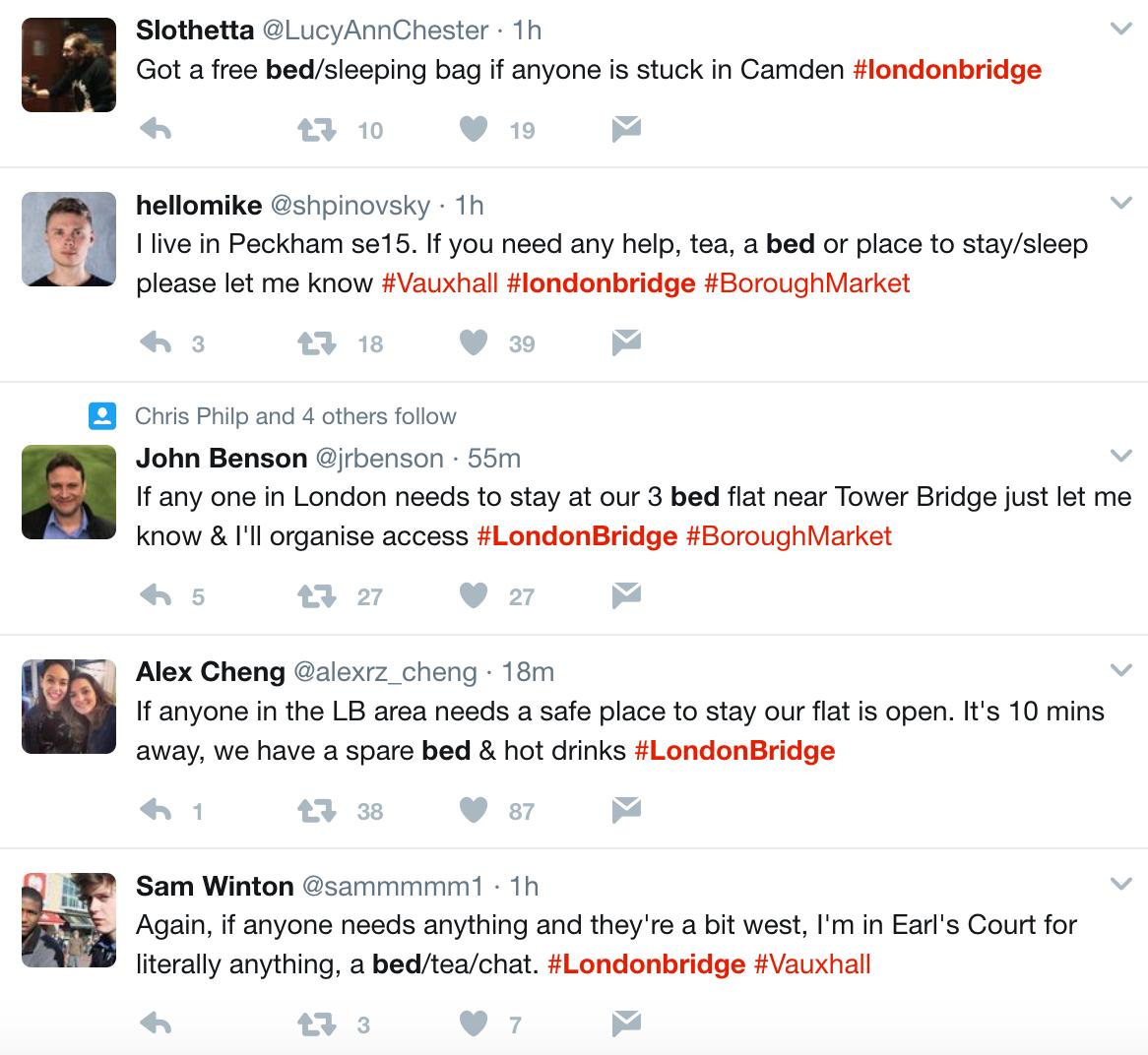 London's taxi drivers have been offering a free lift to anyone stuck in central London. 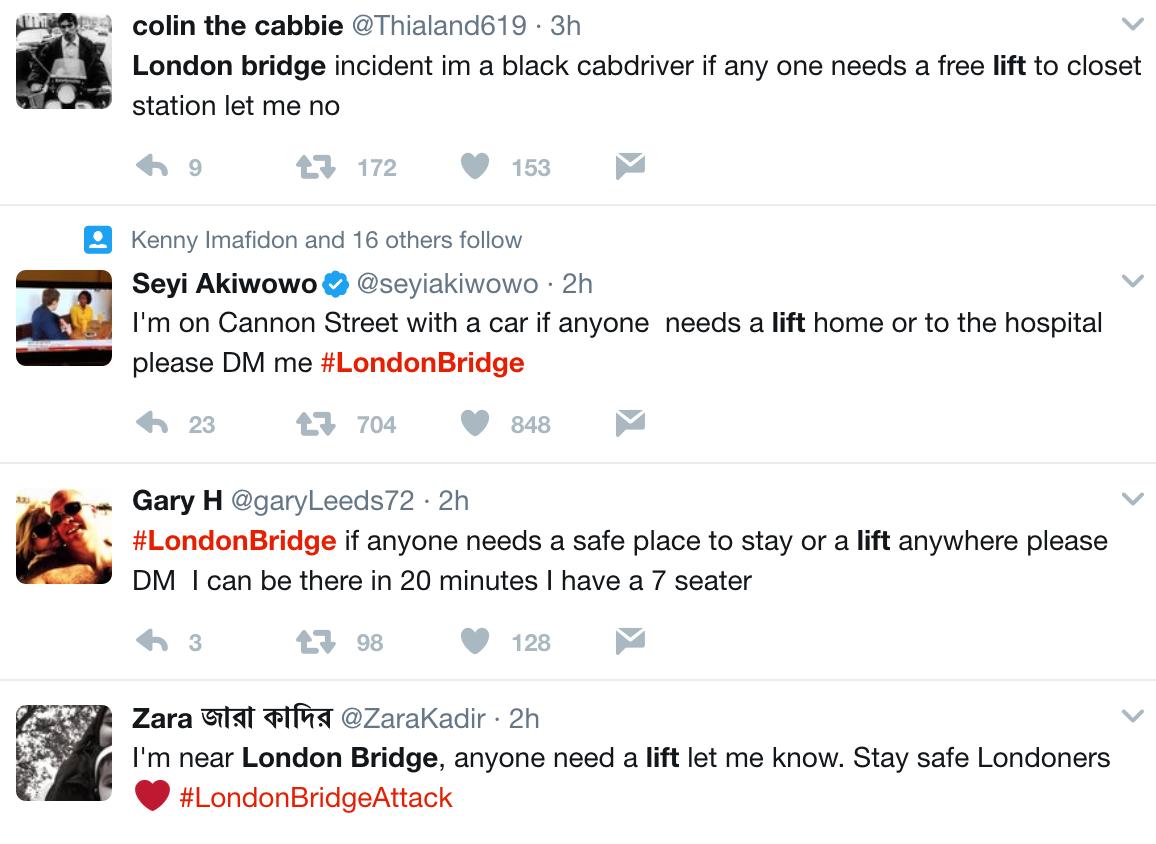 Facebook has activated its Safety Check feature to allow Londoners to mark themselves as safe.

Those who are able to help can offer support and the service was flooded with offers. 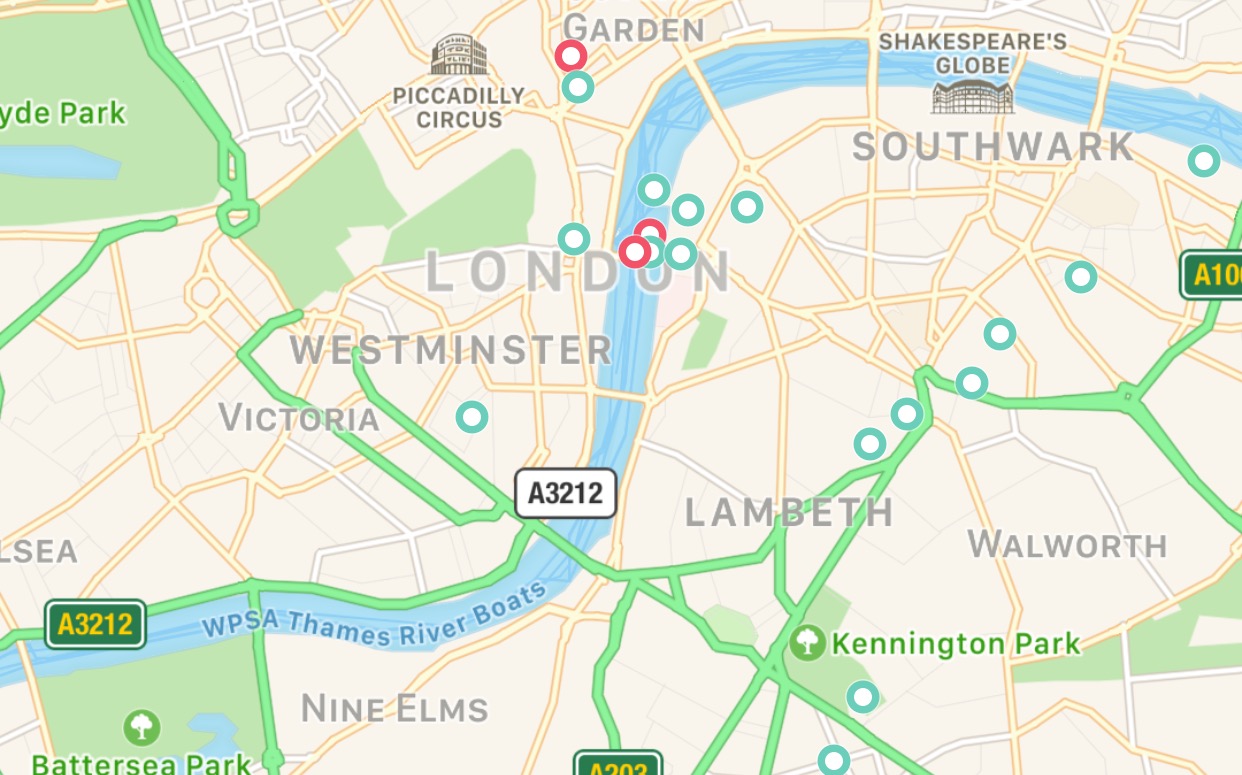 'Jealous and controlling' Johnny Depp threw a wine bottle at me, says ex

Tom Cruise tells LBC he's 'emotional' to be back at premiere of Top Gun: Maverick

Westfield Aspers cashier wins £75,000 after employees went to work drinks without her

Fury at plans for 1,500 migrant camp in Yorkshire village as part of Rwanda deal