A man has been stabbed in Trafalgar Square, one of London's most popular tourist spots.

Emergency Services were called at 9.11pm on Wednesday evening following reports of a knife attack.

Large sections of the square were taped off as several police cars and vans attended the scene, along with the London Ambulance Service.

They found a victim suffering from stab-wounds, which are not life-threatening.

Officers believe the victim and the suspect are known to each other. No arrests have been made.

Alexander Zakharenko tweeted some footage of the scene with the words: "What's going on on Trafalgar Square..."

A statement from the Met Police said: "A crime scene and road closures are in place. Motorists advised to avoid the area.

"No arrests at this early stage; inquiries continue." 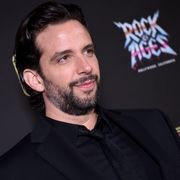