A video has emerged on social media of a topless man refusing to give up the seat next to him on a London bus, before launching a shocking racist tirade against his fellow passengers.

The video, posted to Youtube by Miss Nam Soul shows the man arguing with another passenger, who he won’t let pass him to take the seat. The poster says it took place on the number 56 bus which runs between The City and Waltham Forest via Islington and Hackney.

“It’s reserved!” he repeats multiple times as another passenger tries to make him give up the seat. When the man gives up he turns his attention to some other passengers.

He pokes a man who appears to be Asian shouting do you know ‘manga?’ When the man ignores him he being making shockingly offensive noises at the passengers. He then begins shouting sexual offensive things at the other passengers before getting off the bus. 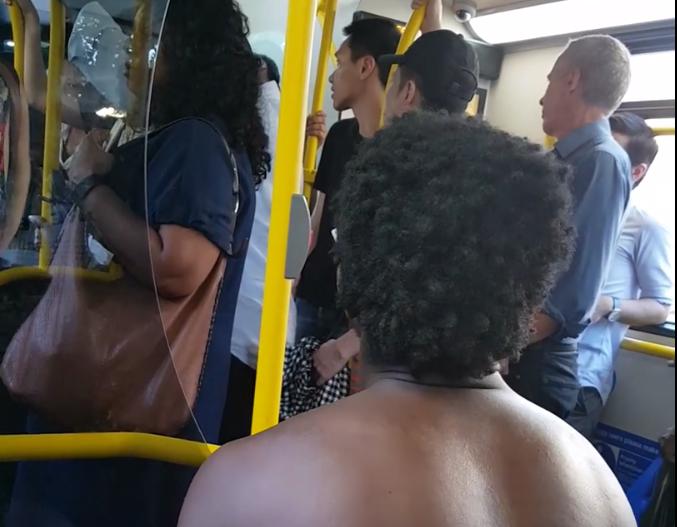