Video Of Police's "Forceful" Arrest Of Brent Teens Under Investigation

The Metropolitan Police have confirmed they're investigating social media footage that appears to show a teenager being forcefully restrained by a number of officers in Brent.

The clip shows one officer appear to swing his nightstick at the person recording the arrest on a phone. The witness is swiftly backed away from the scene by another officer.

In a statement to LBC, the Met confirmed they were called to London Road in Wembley just after 5pm on 14th March after reports of a fight between a number of young men.

They say that a 17-year-old and 19-year-old male were arrested at the scene when they arrived on suspicion of affray. No further action is being taken against either man.

A 16-year-old boy was arrested on suspicion of obstructing police and has since been charged with the offence. 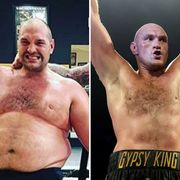