The man’s terrifying attempted getaway was captured on video by police helicopters.

Riding on a high-powered, stolen moped the pair snatched ten phones from people using them in Westminster, Camden, Islington, Hackney and Tower Hamlets.

Police in unmarked cars and a helicopter from the National Police Air Service were dispatched to catch the pair.

They caught up with them on Whitehall Street, N17 where Sheraji jumped off the bike and tried to flee on foot before being caught.

Hutson sped off on the moped and into the North Circular.

The police helicopter filmed him weaving through oncoming traffic on the M11 at up to 90mph, which caused minor traffic accidents.

Eventually Hutson clipped two cars as he tried to squeeze between them, which threw him off the bike with the car behind nearly hitting him.

He managed to get the moped going again and continued riding against oncoming traffic down the hard-shoulder until he hit a police stinger which punctured his tyres and slowed him down. He tried to flee on foot but was caught.

Hutson was sentenced to two and a half years at Isleworth Crown Court on Friday March 31 after pleading guilty to conspiracy to steal, dangerous driving and breach of a criminal behaviour order.

His accomplice, Sheraji, was sentenced at the same time to two years imprisonment after pleading guilty to conspiracy to steal and breach of a Criminal Behaviour Order. 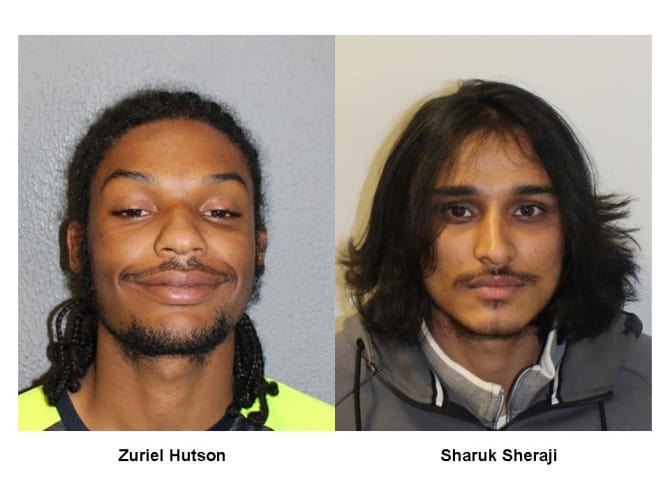 What are the categories and tiers for the Covid-19 vaccine?

Covid-19: Four fined for driving 68 miles to get McDonald's