Ukip's new leader insisted people will still vote for them after being beaten by the Monster Raving Loony Party at the Brecon by-election and suffering huge losses at the European Parliament elections.

Clive Bull reminded Ukip's new leader the party finished in the Brecon by-election behind the Monster Raving Loony Party when he asked whether the party still had a future.

"I don't think it is," he replied, adding: "Ukip's been enormously successful and that can happen again.

"Brecon is a constituency where we've never really done very well, and if you look at the results it was nothing unusual.

"Ukip can start to gain vote share again in the future by concentrating on our manifesto and our policies."

The new leader also said he believed people will start to vote for Ukip if Brexit "isn't delivered", adding that "if Brexit is delivered, the Brexit Party will become obsolete."

Mr Braine was announced as the party's latest leader after a contest to replace Gerard Batten, who was blocked from re-standing to be leader by the national executive.

Mr Batten stood down following the European elections, after the party lost every single one of its seats. 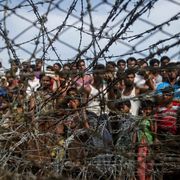 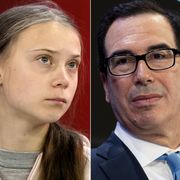