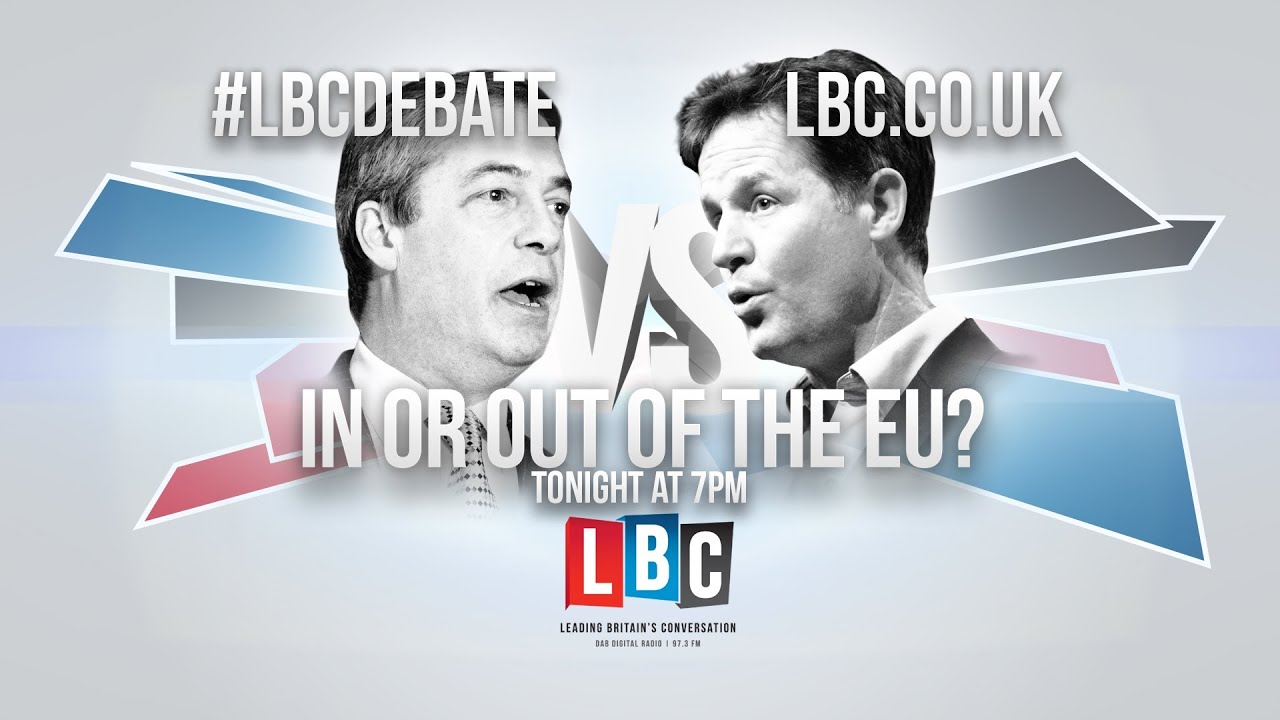 Watch the LBC Leaders' Debate between Nick Clegg and Nigel Farage in full.

Clegg and Farage did battle over the future of Britain's relationship with the EU - and neither held back.

Are tweets about the Nick Clegg and Nigel Farage positive or negative? The LBC Twitter worm tracks how well they are doing in the #LBCdebate.

Get the best coverage, analysis and behind the scenes photos from the LBC Leaders' Debate.