Grenfell Resident's Powerful Speech: We Won't Give Up Until We Get Justice

This is the inspirational speech from a Grenfell marcher who insisted that he's not going to stop until they get justice for the 80 people who died.

Yesterday's silent march through North Kensington marked the two-month anniversary of the fire that ripped through the 24-storey building.

A large crowd attended the march and convened under the Westway, where this resident insisted he will hold a march on the 14th of every month until they get answers.

From under the shadow of Grenfell Tower, he told the crowd: "Christians, Muslims, Jews, Sikhs. Everyone is here for one purpose: for these people who have the right to be alive.

"We keep doing what we're doing. We're not going to stop.

"It's not about me, you or anyone here. It's about what happened there on that night.

"Those people, they are still hiding from us.

"It's about the truth. We will make sure our voices are heard. This is for the future for everyone." 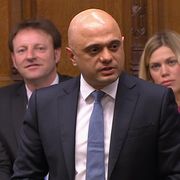 Would you pay £1 a week more to fight climate change? Warwick plan to go to referendum