David Mellor: McGuinness Changed... And The Future Is Brighter Because Of It

David Mellor never thought he'd be mourning the death of Martin McGuinness, but he feels the future in Northern Ireland is now brighter because of him.

If anyone had told me 25 years ago that I would be mourning the death of Martin McGuinness, I would have thought it could only be because I was confined to a padded cell in Broadmoor.

As a young Minister in the 80s, I would regularly get visits from the police to say that I was on an IRA death list.

I was also in the Cabinet Room at Number 10 when two IRA mortar bombs went into the garden and explode. Fortunately, one of them not exploding as much as it could have done or my exciting career with LBC would have been prematurely ended.

Now I don't know whether Martin McGuinness was behind all of those incidents. He always claimed that he had left the IRA in 1974, but not many people believed him. 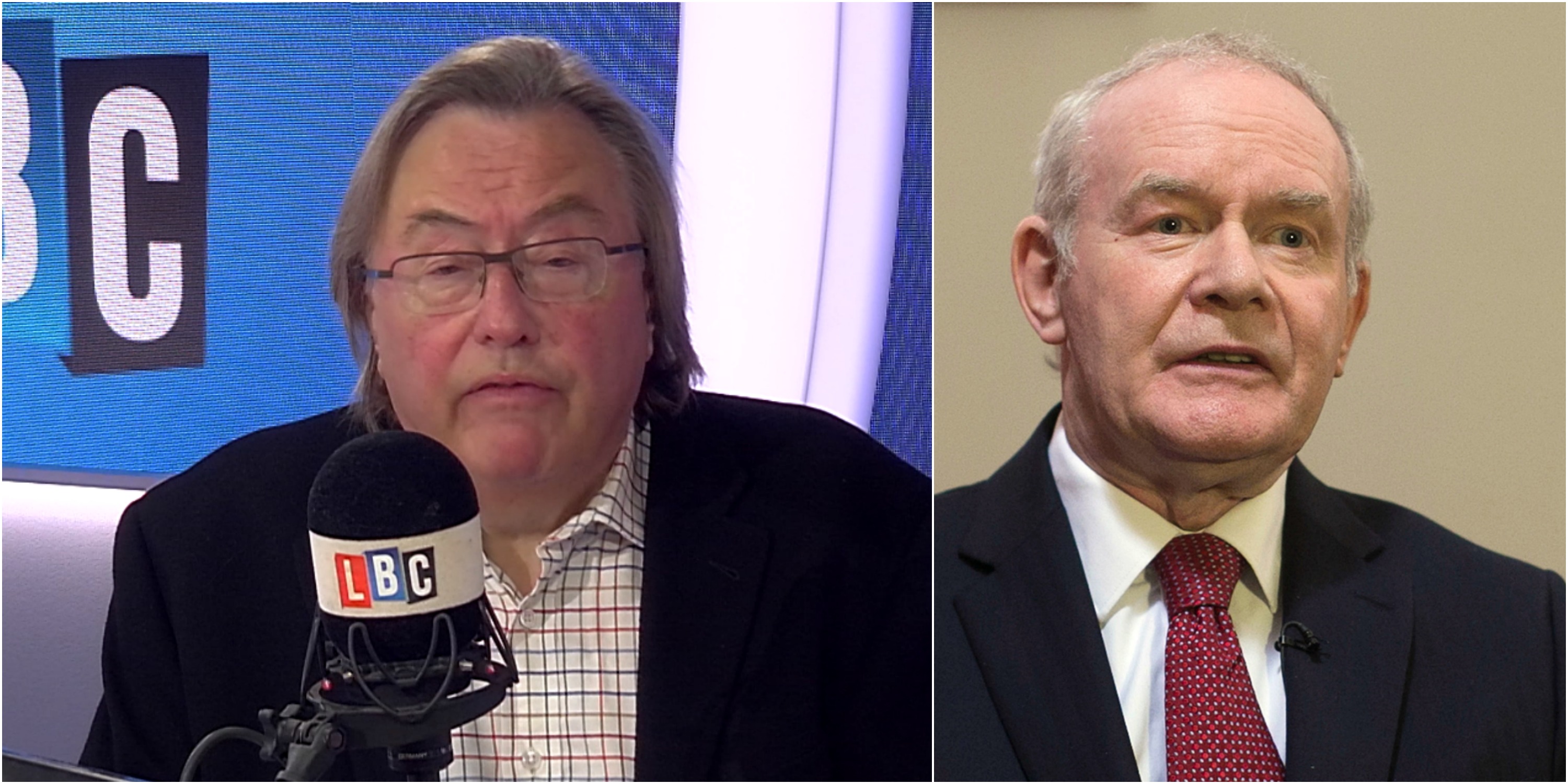 But the point is, there came a moment in the life of Martin McGuinness where he had to stare into an abyss, partly of his own making, and ask himself a question: "What was he going to do for the rest of his life, when it became obvious that the arms struggle had failed?"

But for me, the great achievement of Martin McGuinness was to throw himself into the peace process, to say that the fight was over and now he was fighting to retain that peace which has brought so much benefit to Northern Ireland.

Now Martin McGuinness has obviously been in declining health for some time. I regret his passing because he was a man of real authority within his own ranks, who could keep the devolved Northern Ireland Assembly show on the road.

With the Democratic Unionists now rather uncertainly led by Arlene Foster, I look to the future and feel the future would be clearer and maybe better, astonishing though it is for me to say this, if Martin McGuinness was still around and offering his particular brand of firm leadership.

Manchester moves to Tier 3 but Chancellor warns against national lockdown

Senior Tory MP: "I don't believe there is evidential basis for Manchester being in Tier Three"