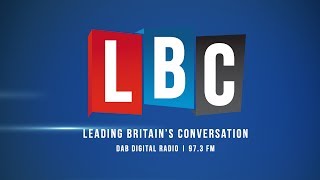 The shadow Foreign Secretary Emily Thornberry is live in the studio from 6pm taking your calls. Watch her live here.

As the election race heats up, the Labour politician joins Iain Dale in the LBC studio to answer your questions.

LBC's Election Calls will see candidates from all the main political parties come into the LBC studios to answer your questions in the run-up to the general election on June 8.

Watch the whole election call on this page from 6pm.

Environment Secretary: Culling Geronimo the alpaca was the right decision