Nick Ferrari To Paul Nuttall: Why Is There So Much Confusion Over Your Life?

This is the moment Nick Ferrari put all the controversial moments of Paul Nuttall's life to him.

And the Ukip leader took on each allegation one-by-one.

On LBC's Leaders Live, Nick asked him: "Why is it that confusion dogs you so much about whether you were a professional football player. Or whether you were member of the board of directors on North-West Training?" 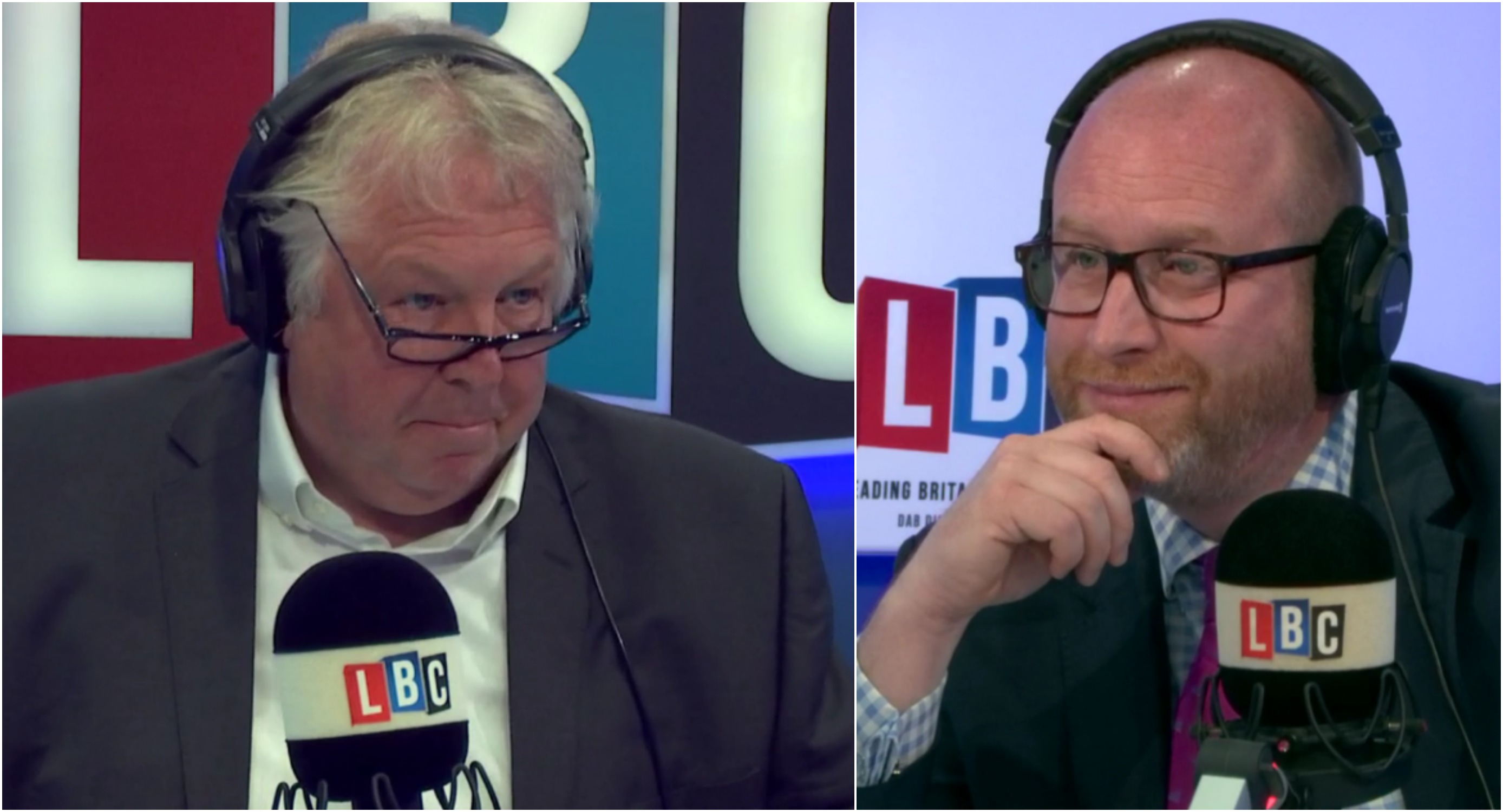 Mr Nuttall explained how the rumours started and what the truth is.

"The problem was, something had gone up on my website back in 2011, which I'd never even seen, and I was mortified. Absolutely gutted."

Nick responded to his claims, saying: "For a relatively young man, there's a lot of confusion about your CV, isn't there Mr Nuttall?"

The Ukip leader's answer: "No."