Will Theresa May Increase Taxes For High Earners? Nick Asks Again And Again

Nick Ferrari was forced to ask Theresa May again and again whether she will increase tax for high earners if she wins the General Election.

Speaking to LBC in the first of our LBC Leaders Live shows, Nick asked whether the Prime Minister could guarantee taxes would not go up for those with a good salary.

Mrs May responded: "We are a party who believes we are trying to ensure we have low taxes rather than the instinct of the Labour Party, which is to put taxes up.

But Nick insisted: "Respectfully, you didn't answer the question. Will you be putting taxes up?"

The Prime Minister said: "What I'm saying is we have no plans to deliver the level of tax." 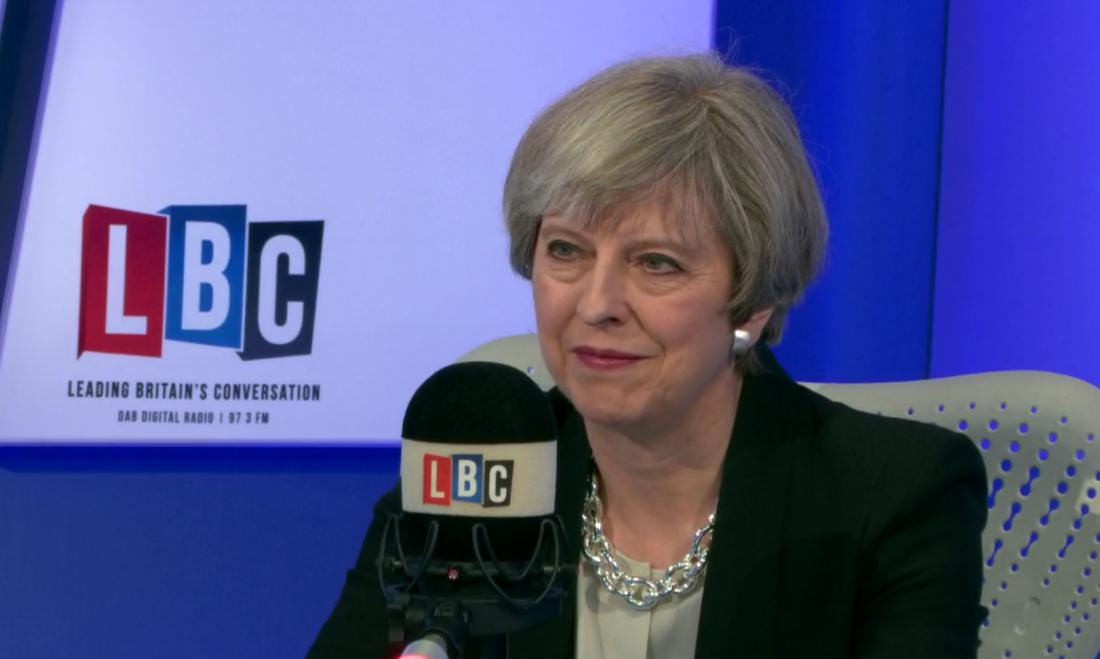 Nick pushed on whether she could commit to that for the full-term and Mrs May responded: "As a government, we will go into government with no plans to increase the level of tax.

"But as I say, what I would want to do, my instinct would be to find ways of reducing tax on working families. But of course in order to do that we need to ensure we've got the strength of economy and keep the economy going, a growing economy.

"That's about getting Brexit right and it's also about, you know, there's a stark contrast with Labour whose plans would wreck the economy."