Boris Johnson's Inbox: The Five Key Things The New PM Will Need To Do

Boris Johnson is expected to become Prime Minister on Wednesday. These are the five big jobs he's going to have to solve quickly.

The next Conservative leader is announced on Tuesday, with the winner installed as Prime Minister on Wednesday afternoon.

Boris Johnson is the overwhelming favourite - but he faces a difficult time in his first days in Downing Street, with some senior Tories already having quit the government because they don't want to work with him.

LBC's Political Editor Theo Usherwood looks at the five big challenges in front of him.

The first thing Boris Johnson has to is to get his team up-and-running in Downing Street.

Behind the scenes, I’m told he’ll be “getting the band back together”, installing his most trusted aides from his time running London. Sir Eddie Lister, his chief of staff across the river, has already been working on the transition and will do the same job that he did for Boris when he was Mayor. Will Walden, who was Boris Johnson’s director of communications at City Hall, is also expected to make a return to as yet unspecified role.

Then there is the cabinet. Many promises will have been made during the campaign and expectation levels will be high. Many will be disappointed, but expect Sajid Javid, Dominic Raab and Liz Truss to land big jobs.

Before Friday afternoon, Brexit would have been top priority once the jobs had been handed out. But then Iran’s Revolutionary Guard went and seized the British-flagged oil tanker, the Stena Impero in the strait of Hormuz.

Mr Johnson will now have to work out how to get it back, ensure there are no further seizures and not start World War Three. All in short order.

Brussels shuts down throughout August and, in any case, the incoming President of the European Commission, Ursula von der Leyen, doesn’t start her new job until November 1st.

However, that will not stop Boris conducting his own whistle-stop tour of European capitals during the remainder of the summer. Top of the list will be Berlin, Paris and Dublin.

A bilateral trade deal with the US is of course integral to Brexit. Boris Johnson is eyeing a trip to Washington in September.

He won’t be able to sign a trade deal with the US until we have left the European Union. But if the UK does leave on October 31st without a deal, that could of course happen quite quickly.

5) Marshalling the troops/calling an election

Philip Hammond has said he will resign rather than serve in a Boris Johnson cabinet. Ditto David Gauke. And the numbers from last week’s vote to prevent Boris Johnson from proroguing Parliament are a clear indication of the trouble to come in the autumn.

The question for Boris and his senior aides is whether they can prevent Tory remainers from going nuclear, and if they can’t, do they attempt to get on the front foot by calling an election? 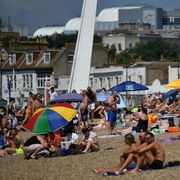 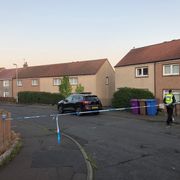