Brexit Latest: What Will Happen Next As UK-EU Talks Continue?

Talks aimed at reaching a new Brexit deal are expected to resume this morning after continuing late into the night.

UK and EU officials are hoping to secure an agreement - ahead of the start of a crucial summit of European leaders tomorrow.

If a deal isn't finalised by Saturday - Boris Johnson faces the prospect of having to ask for an extension.

Brexit Talks: What Will Happen This Week?

Wednesday: Michel Barnier had previously set a deadline of midnight on Tuesday night to agree a deal. While that time was missed, leaders still suggested a deal was possible before 2pm - labelling it "difficult, but possible".

LBC's Political Editor said a deal is possible today. He said: "Talks are resuming and we could get news this morning.

"From the European point of view, the important thing is that European leaders in each of the capitals around the continent have a chance to scrutinise the deal before Thursday's summit. Mr Barnier does not want to give the impression that he is bouncing them into accepting any deal."

Thursday and Friday: Any deal agreed will be put to EU leaders during a crunch summit in Brussels. Boris Johnson is expected to attend to "sell" his deal to the leaders of the 27 EU countries. If no deal is agreed, expect the Prime Minister to boycott or walk out of the event.

Saturday: Parliament will sit on a Saturday for the first time since the Falklands War.

If there is a deal agreed, MPs will vote on whether to accept the deal. That will come down to how the DUP and ERG vote, as well as the 21 MPs who had the whip withdrawn from the Conservative Party, plus a handful of Labour MPs in Leave constituencies.

Both the Conservatives and Labour have said this vote will be a confidence issue - MPs who don't obey the whip will not be allowed to stand in an upcoming election and face being kicked out of the party.

If no deal has been secured, the Benn Act requires Mr Johnson to write to the EU to ask for an extension to avoid a no-deal Brexit - something the Prime Minister has said he would rather "die in a ditch" than request.

Monday: If Mr Johnson has not requested an extension, a court case will be brought in Scotland, where a judge is expected to write to the EU to request an extension on his behalf.

Once that extension has been secured - possibly up to 31st January - Jeremy Corbyn has said he will allow the Prime Minister to trigger a General Election. This would be the first day that could happen, either by a vote under the Fixed Term Parliaments Act or a Vote of No Confidence.

October 31: This is the current deadline for Brexit. 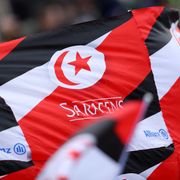 Saracens: Premiership champions to be relegated at the end of this season