Dame Margaret Beckett has attacked MPs who back a no-deal Brexit, claiming they are misleading the public.

In an interview on LBC, Mrs Beckett said that no MPs, including Conservatives, trust Prime Minister Boris Johnson to deliver a new Brexit deal.

She told listeners: "I'm sorry to say this, but it is true, I don't think there is anybody in the House of Commons, although if they're Conservatives they may not say so, who trust Boris Johnson for a second.

"Given that the important thing for all of us, and I think this is true if nearly everybody in the Labour Party...but everybody thinks it would be an absolute catastrophe to crash out of the European Union without a deal.

"The people who say cheerfully 'it'll be alright' don't think that any of the problem identified are going to happen, but you've only got to listen to people like the farmers, the road hauliers, who've been keeping quiet all this time, but when they see this disaster approaching they feel forced to speak.

Mrs Beckett went on to support Britain remaining in the EU as the "only way to stop" the current situation. 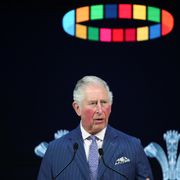