In this astonishing footage, a group of four people on mopeds attempt to rob a tourist, a man in his 30s, in Westminster.

On Sunday April 30, at about 3am, the victim was walking north up Park Lane, Westminster, on the opposite side of the road to Hyde Park.

He was suddenly surrounded by eight people riding four mopeds, who attempted to snatch his watch.

In shocking scenes, the man ran away, but was caught again moments later, when one of the mopeds collided with his leg.

He can then be seen to crawl away from the mopeds, and his attackers rode off empty-handed.

He later needed treatment for a broken leg.

The victim does not wish to be identified. He is not a UK national and he was on holiday in London at the time of the incident. 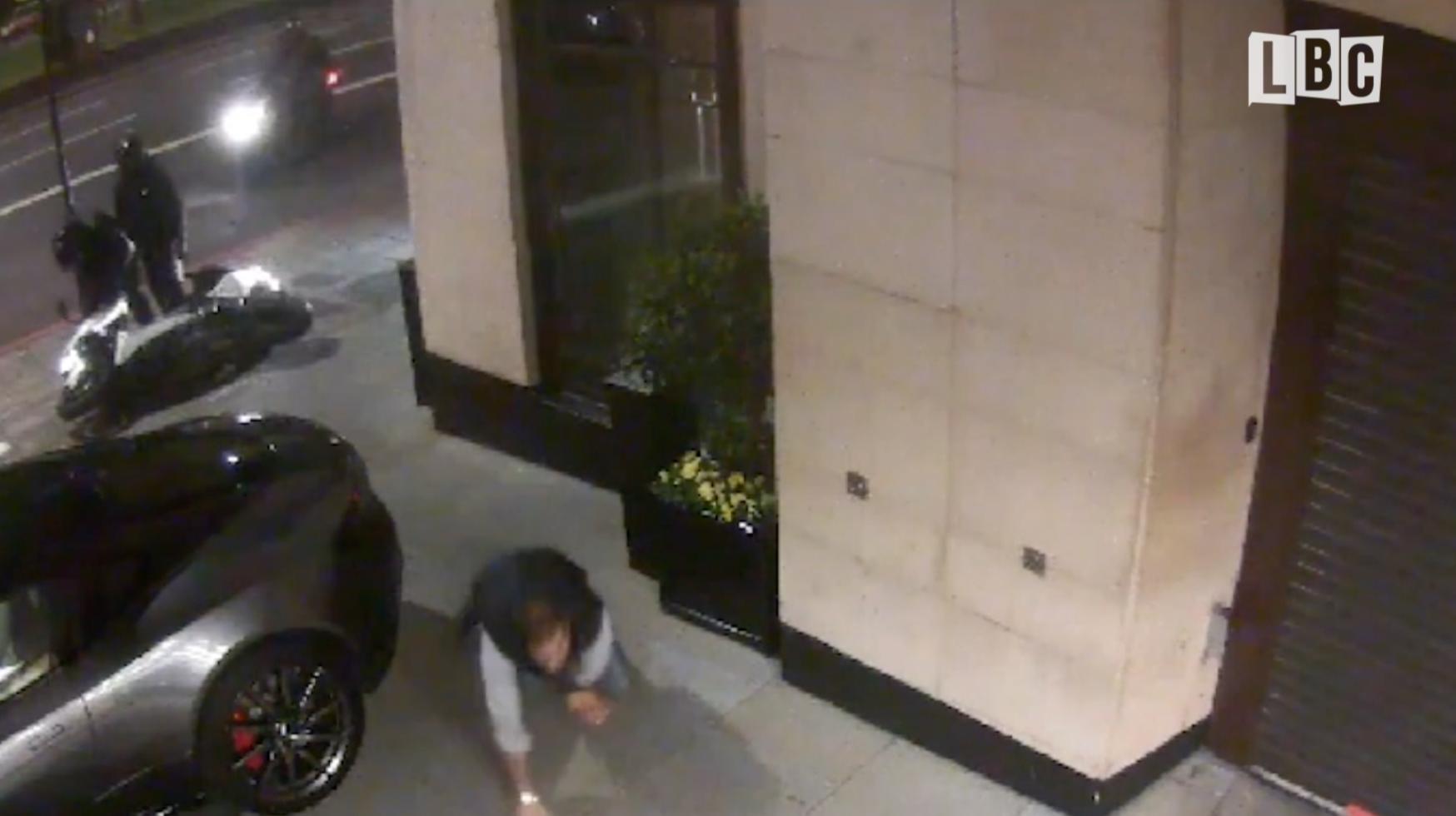 Detectives Constable Richard Kidd said: "This happened just after 3am, when a group of four or possibly more mopeds riding together would have been conspicuous.

"I want to hear from anyone who recalls seeing such a group, or who may have seen the mopeds being abandoned - or perhaps being stored in a lockup or similar location - in the early hours of Sunday, 30 April. One of the mopeds would have sustained damage to its left side."

Anyone with information that may assist police should call Westminster CID via 101. To remain anonymous call Crimestoppers on 0800 555 111.