Iceland Advert: Which Products Contain Palm Oil And How Can You Avoid It?

You won’t see Iceland’s Christmas advert highlighting the impact of palm oil production on TV this year because it’s been banned for being “too political”.

The supermarket teamed up with Greenpeace to create an animation which tells the story of an orangutan whose home had been destroyed by palm oil producers.

But, Clearcast, who decides which adverts are and aren’t allowed in the UK, ruled it “contravenes the prohibition on political advertising”. The decision sparked hundreds of thousands of people to watch and share the advert on social media.

Earlier this year Iceland became the first major supermarket in the UK to ban products using palm oil because of environmental issues.

What is palm oil?

Palm oil is a type of vegetable oil which is made from the fruits of trees known as African oil palms.

Such trees are mainly grown in plantations in Indonesia and Malaysia.

The oil is naturally high in saturated vegetable fats.

It can be found in half of all supermarket products, including processed food, toiletries and cosmetics.

Why is palm oil bad for the environment?

Palm oil production is believed to have been responsible for around 8 per cent of the world’s deforestation between 1990 and 2008.

It’s down to a huge surge in demand for the product because of its apparent health benefits and lower production costs.

Forests are usually burned to clear areas where people can grow oil palms - and sometimes this happens illegally.

Other animals like rhinos and tigers as well as indigenous people have also had their homes destroyed because of palm oil production.

Palm oil can be found in half of all packaged supermarket products. This includes:

How can you tell whether a product contains palm oil?

Some products that use palm oil aren’t always clearly labelled. It can appear under a number of names, including:

Many companies hide palm oil in the ingredients by writing vegetable oil, but more often than not, it is a mixture of oils that contains palm.

The RSPO provide companies with a symbol if the palm oil they use is from sustainable sources.

To be stamped with the RSPO Trademark, they have to prove that no forests or areas that contain significant concentrations of endangered species or fragile ecosystems can be cleared.

Look out for this mark on all the products above.

Coronavirus: Review into impact of COVID-19 on BAME community to be published 'this week' after delays 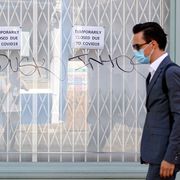 Coronavirus: Excess deaths in England and Wales at lowest level since March 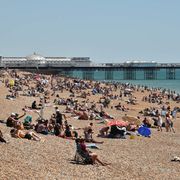 Coronavirus: Coastguard responded to nearly 450 incidents during 'busiest weekend of 2020'