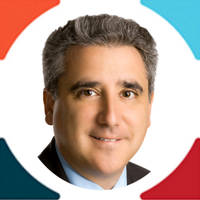 Her appearance on Tuesday was poised, self-assured and undoubtedly well-practiced.

Democrats and the two dissident Republicans on the Committee have scripted every scintilla of these public hearings.

They’ve even hired former network TV executive James Goldston – a Brit who cut his teeth at the BBC – to roll the videotape, oversee the graphics and keep the teleprompters moving.

Ms. Hutchinson was a top aide to Trump’s White House Chief of Staff Mark Meadows and testified that she could walk down the corridor from her office to the Oval Office in around five seconds.

Her literal proximity to Meadows means she is of intense interest to the Committee, not least because her former boss is currently refusing to testify before them.

But while Committee members were keen to underscore that Ms. Cassidy was a direct witness to the final days in Trump’s West Wing, it was also apparent that her most damaging revelations were not, in fact, acquired first hand.

For instance, she claimed that Trump assaulted a Secret Service officer and even lunged for the steering wheel of “The Beast”, the armoured limousine that was – to his great irritation – conveying him back to the White House following his Pennsylvania Avenue rally on the morning of January 6.

Trump had promised his supporters that he would march with them to the Capitol building, where together they would protest the certification of Joe Biden’s election win that was underway inside.

But with his mob already beginning to breach the compound and police losing control of the site, she claimed the Secret Service deemed it too dangerous for the President to travel there.

“The President said something to the effect of ‘I’m the effing President, take me up to the Capitol now’”, testified Ms. Hutchinson, who then detailed Trump’s allegedly aggressive behaviour inside the vehicle.

Dramatic stuff, to be sure. But she didn’t witness it herself, and only heard about it from another White House staff member who also wasn’t personally present.

Hutchinson also provided intriguing details about Trump’s January 7th video address in which he finally conceded that Joe Biden had won the election and accused members of his mob of a “heinous attack” that “defiled the seat of American democracy”.

She testified that it only occurred because a host of horrified Trump insiders including his daughter Ivanka, son-in-law Jared Kushner and White House counsel Pat Cippollone warned the President that in light of the previous day’s riot, his Cabinet was discussing the use of the Constitution’s 25th Amendment that would remove him from power.

But she has no personal, direct knowledge of any Cabinet-level conversations, and offered no indication of how preliminary or advanced those discussions might have been.

In a court of law her claims would be dismissed as hearsay.

Republicans may be ruing the day they chose officially to boycott the Committee’s proceedings, giving them no opportunity to cross-examine its witnesses.

Time and again, Ms. Hutchinson reported conversations that she described in carefully-worded terms. She claimed Trump had insisted the Secret Service stop screening his supporters for weapons, because so many of them were armed and therefore failing to secure entry to his rally when they passed through metal detectors.

She quoted the President telling officials: “I don’t care that they have weapons. They’re not here to hurt me. Take the effing mags [magnotometers] away”.

But she caveated that claim by saying she was simply “in the vicinity of a conversation where I heard the President say something to the effect of” those words.

Maybe she was accurately reflecting the President’s general sentiment, but it’s hard to know given that she cannot stipulate to the exact words he used.

Democratic Twitter swooned over her appearance. Presidential historian Michael Beschloss wrote: “Never in history have we heard credible testimony before Congress this shocking against a President of the United States”.

That will certainly come as surprising news to John Dean, the former White House Counsel who dismantled Richard Nixon’s Presidency at the Watergate hearings in June 1973.

He also described her as “bad news”, which may be the only truthful element contained in his tirade.

In the final moments of the hearing, dissident Republican Liz Cheney hinted darkly at evidence of witness tampering by members of the former President’s inner circle. “He knows you’re loyal”, one witness claims to have been told, “and you’re going to do the right thing”.

The panel will now investigate whether the Trump team is engaged in obstruction of justice. “Bad news” indeed for those still hoping the former president can weather the gathering storm.

LBC Views: Let's hope this isn't the end for the victims of the infected blood scandal