Theresa May's Deal Is "Insane" And "I Can't Wait To Vote Against It": David Lammy

David Lammy says why he is determined to reject Theresa May's Brexit deal because it "makes us a rule taker".

Standing in for Maajid Nawaz, the MP for Tottenham gave an impassioned explanation on LBC.

He said: "I will not be voting to see job losses in my constituency

"It's insane that Theresa May has come back with a deal that would make this country a rule taker and give us no say on things that matter to me."

David also cited workers rights and protections to the environment as reasons why May's deal should not be approved.

He said: "Why would you vote for a deal that says very little about environment rights, climate change and destroys and erodes those social protections as well."

To those calling for a no-deal exit of the European Union, David said: "Are you off your rocker?

"I can't believe anyone with half a brain would suggest it or think it's a sensible idea for this country." 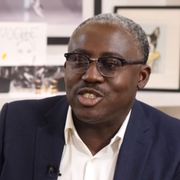