Police are appealing for help to find suspect who convinced elderly woman to help him in a ‘sting operation’.

On 27 March at about 6pm the 73-year-old woman from Dulwich was called by a man claiming to be a Met officer who told her her debit card had been used fraudulently and that he needed her help to catch the offenders.

He told the woman to take out 5,000 Euros from a bureau de change in Liverpool Street, which he said would be used as evidence and that his assistant would meet her to collect the money.

The following morning, on March 28, the victim was told to go to Knightsbridge and buy a £25,050 watch. She was then told to meet the man’s assistant again at Knightsbridge Tube Station.

After this the woman was unable to contact the men and so called the police.

Detectives now want to speak to the man seen in the CCTV images released. He is described as an Asian man in his 20s and around 5ft 8ins tall. 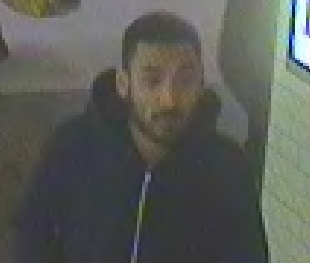 DC Michael Esangbedo from Southwark CID said: "I am pleading with anyone that recognises the man in the CCTV to get in touch with police.

"The offenders have deliberately deceived the victim out of her life-savings. We are determined to bring those responsible to justice to prevent anyone else falling for the scam.

He added: "It is also worth noting that the police will never call members of the public and ask them to be part of a 'sting' operation."

If you recognise the man in the pictures you can call police on 101 or call Crimestoppers anonymously.