The fear of these two Eltham supermarket workers is clear to see in this shocking CCTV from a raid that saw robbers wield a huge knife and a gun.

At around 10.25pm on 31st July, the two men burst into the shop - one wielding a large knife and the other a gun.

They forced the staff back behind the counter and escaped with a quantity of cash from the till and cigarettes. 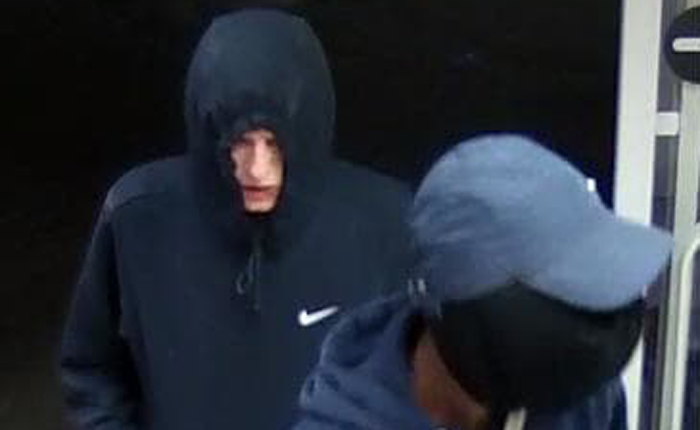 Suspect one is described as a black male, aged 18-22 years. At the time of the robbery he was wearing a dark Ralph Lauren hooded jumper, dark Ralph Lauren tracksuit bottoms, dark Nike cap and a black balaclava. He was armed with a knife.

Suspect two is described as a white male, aged 18-22 years. At the time of the robbery he was wearing black, knee-length, tracksuit bottoms, white socks pulled up and black trainers and a navy blue Nike hooded top.

Following the robbery the suspects made their getaway in a waiting white Range Rover Evoque which was driven by a third suspect.

Luckily, nobody was hurt but the Flying Squad have released the video and images above in a bid to find out who the men are.

Full mobile coverage across the Tube by end of 2024, Sadiq Khan pledges

Sadiq Khan: 'Not possible' to have Night Tube services back for lockdown end