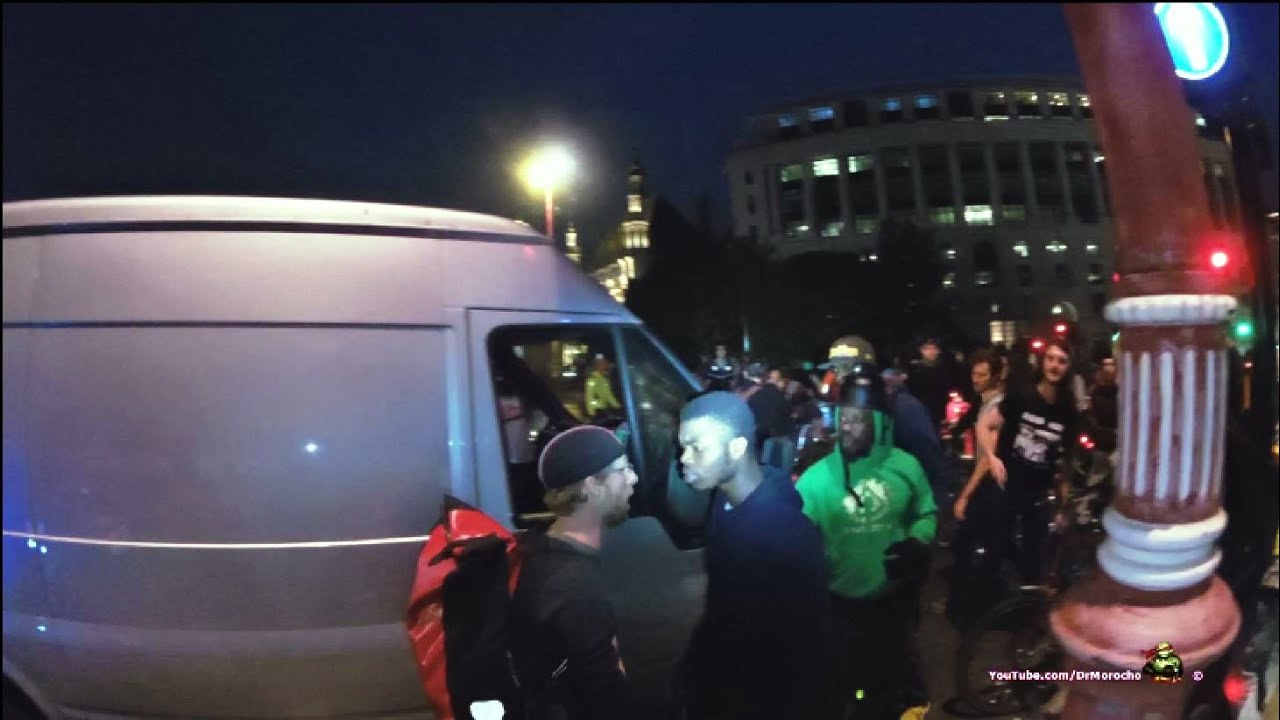 A mass cycle in London turned violent and saw a number of cyclists confront a van driver - and it was all captured on camera in this dramatic footage.

The video above appears to show what happened on Friday night when the Critical Mass cycle took over the streets of London.

It's a regular organised bike ride that takes place every month in a number of cities across the world.

But at a set of lights near Blackfriars Bridge, tempers erupted as one van driver appears to try to bump against a cyclist who's in front of his vehicle.

The cyclist then reacts by kicking out at the van, which sees the confrontation become even more heated. The driver emerges from his van and confronts the cyclist, who's defended by other riders.

"What did you think was going to happen mate?" one cyclist can be heard asking the driver.

The confrontation explodes further as punches are thrown and headbutts aimed at the driver - before police arrive and the situation calms at last.

A City of London police spokeswoman told the Evening Standard: "Police officers were called to Blackfriars Bridge following reports of an altercation between a van driver and a group of cyclists."

It's understood no further action was taken.