Government to defend 'discriminatory' Right to Rent scheme in court

The Home Office will start a challenge over it's controversial Right to Rent scheme after a High Court judge ruled it was unlawful.

The scheme requires landlords to check the immigration status of prospective tenants. Any landlord who is found to have rented to someone who doesn't have the required immigration status will face a fine of up to £3,000 or a criminal sentence.

Right to Rent was introduced as part of the Government's "hostile environment" policy under the Immigration Act 2014.

In a ruling in March last year, Mr Justice Martin Spencer concluded Right to Rent has a "disproportionately discriminatory effect" and has had "little to no effect" on controlling immigration.

He ruled in favour of the Joint Council for the Welfare of Immigrants (JCWI), which claimed the scheme is "causing landlords to commit race discrimination against those who are perfectly entitled to rent".

The judge said the scheme, introduced in 2016 when former prime minister Theresa May was home secretary, causes landlords to discriminate against people without a British passport.

The Government claimed the scheme is designed to discourage illegal immigrants in the UK, is now set to challenge the ruling at the Court of Appeal at a three-day hearing.

Government's lawyers will argue that any discrimination caused by the scheme can be justified and that it should not be held responsible for discrimination by landlords.

Mr Justice Spencer said he found Right to Rent incompatible with the right to freedom from discrimination, enshrined in Article 14 of the European Convention on Human Rights (ECHR).

He said the scheme "does not merely provide the occasion or opportunity for private landlords to discriminate, but causes them to do so where they otherwise would not."

The Home Office's appeal, which will be heard by Lords Justice Davis, Henderson and Hickinbottom, will be opposed by the JCWI.

Chai Patel, legal policy director of the JCWI, said in a statement ahead of the hearing: "Everyone has a right to look for a home for themselves and their children without falling victim to racist immigration rules.

"Landlords faced with the risk caused by complex immigration checks, inevitably end up discriminating against people without a British passport, especially ethnic minorities.

"It must be scrapped so that everyone has a fair shot at finding a flat, whatever the colour of their skin or their passport." 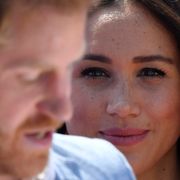 Iran missiles: How will President Trump respond to military base attacks?