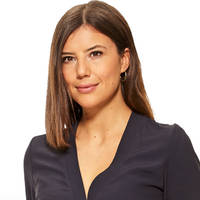 At one minute past midnight tonight Parliament will be dissolved, bringing to an end months of fractious political argument over Brexit.

But where one Parliament has ended, a new one must begin, and voters will be head to the polls on 12 December to decide who they want to represent them during these turbulent times.

But what has led us to this point?

LBC reporter Lucy Hough explains what she thinks have been the key moments in the lead up to next month's election.

Theresa May calling a snap election in 2017

When Theresa May announced a snap June 2017 election, the polls indicated her party was on course for a landslide victory.

The reality was very different.

After a bruising election night the Conservatives remained the biggest party, but lost their overall majority.

Labour were expected to lose seats but ended up winning 30, though still short of a majority. It fell to

Theresa May to do a deal with the DUP to enable her to form a new government.

Formal Brexit talks began on 19 June 2017, when then Brexit Secretary David Davis travelled to Brussels for the first time to meet his EU counterpart Michel Barnier to begin the complex negotiation process ahead of the UK’s original 29 March deadline.

The UK and the EU agreed to hold negotiations each week, with a group of senior experts determining the focus of discussion.

But cracks soon began to emerge, and Mr Davis was known to be at odds with Theresa May and her advisors over her Brexit strategy.

When the details of the proposed deal were agreed by Cabinet at Chequers in July 2018, Mr Davis resigned, saying he would not be a “reluctant conscript” to the plan, which he said was “certainly not returning control of our laws in any real sense.”

Boris Johnson resigned as Foreign Secretary the next day.

Nonetheless, the draft Withdrawal Agreement Bill was finalised and published by the government on November 14th.

Theresa May said she believed it was the best deal on offer for the country.

It then fell to Parliament to agree to the terms of that deal - something it repeatedly refused to do.

MPs remained divided over the terms of the agreement- particularly the issue of the Northern Irish border backstop.

In order to get her Brexit deal through Parliament, Mrs May needed to have a majority of MPs to back her in a so-called "Meaningful Vote".

But the first one - held on 15 January - brought with it a crushing defeat after MPs voted to reject her deal by 202–432.

With a opposition majority of 230 votes, it was the largest defeat in modern Parliamentary history.

When Mrs May brought her deal back 12 March and it lost once again, but this time with a reduced majority.

She had hoped it could be third time the charm, but Mrs May lost a third Meaningful Vote on 29 March, albeit with a small majority than both of the votes before.

After failing to pass her deal through Parliament, Mrs May asked the EU for a short extension - but was granted a longer one, which moved the Brexit deadline to the 31st October.

It meant the UK had to hold European elections in May, in which the Conservatives suffered heavy losses.

Theresa May announced her resignation on the 24th May.

But even before Mr Johnson’s arrival it was hard to see a route through the Brexit quagmire that didn’t involve the Prime Minister securing a general election.

But Parliament again stood in the way.

After the government’s plans to prorogue Parliament were announced, Boris Johnson was defeated twice in his efforts to secure an early election.

The government lost its majority when Philip Lee crossed the floor to join the Liberal Democrats, and 21 Tory rebels were stripped of the whip when they voted against the government to allow lawmakers to seize control of the parliamentary agenda.

The Benn Act was enacted, requiring the Prime Minister by law to prevent a no-deal Brexit.

On September 24th, the Supreme Court launched a constitutional bombshell with a unanimous ruling that the government’s suspension of Parliament was unlawful.

In a testy and bad-tempered session in the Commons, the Labour MP Paula Sherriff condemned Boris Johnson’s “dangerous” and “inflammatory” language.

On the 17 October, the UK and EU announced a revised Brexit deal.

Parliament sat on a Saturday for the first time since the Falklands War to vote on the deal, but the process was thwarted by the Letwin amendment which put the brakes on Boris’ deal until Parliament had passed the legislation required to enact it.

Boris attempted to fast-track his Brexit bill the following week, and while MPs voted for the deal to go forward, it did not agree to his timetable

The Prime Minister was forced to request another extension from the EU- after which, opposition parties finally agreed to an early December general election.