Labour has taken aim at the controversial 1% pay rise for NHS staff as it launched its campaign for the May elections.

The party unveiled its campaign for the upcoming local and mayoral elections by demanding key workers are given "a proper pay rise" at a virtual event on Thursday.

Sir Keir Starmer accused Boris Johnson of slamming the door on carers after clapping for them and criticised the Conservatives for failing to fix social care.

Launching his local election campaign with a virtual speech, the Labour leader said: "When I clapped for our carers, I meant it.

"The Prime Minister clapped for carers, then he slammed the door on them.

"Every vote in this election is a chance to show the Conservatives that the British people value our NHS and our key workers so much more than this Government does.

"It's also the chance to show that we can't wait any longer for the Conservatives to fix social care."

The Government's move to recommend the low increase for NHS workers in England, despite their year-long toil during the Covid-19 pandemic, has been widely criticised by many - including former senior Conservative cabinet members.

Ministers have insisted that it is "what we can afford" due to the economic fallout from lockdown restrictions but unions continue to threaten strike action should ministers refuse to increase the pay offer.

Asked by LBC Political Editor Theo Usherwood whether he would join nurses on the picket line, he said: "Nobody on the NHS wants to go on strike, and as I said my wife works in the NHS, they don't want to go on strike.

"The only thing that is causing this dispute is the Prime Minister and it's what he does that is going to determine this.

Sir Keir also stressed "this is a different Labour Party, under new leadership" as he tried to create distance between himself and Jeremy Corbyn, who led the party to a dismal general election defeat in 2019.

He has so far struggled to overturn the Tories' popularity since winning the Labour leadership in April last year but hopes focusing on nurses' pay will provide his campaign with some much-needed momentum.

"So, if you want to support our nurses, to rebuild social care and to reward our key workers, then vote Labour. My mum was a nurse, my sister was a nurse, my wife works for the NHS," he added.

"I know how tough this year has been for our NHS and I know that now, more than ever, is the time to give our key workers a proper pay rise.

"Every vote in this election is a chance to show the Conservatives that the British people value our NHS and our key workers so much more than this Government does."

On bouncing back from the economic shock caused by the pandemic, Sir Keir declared the elections are "about how Britain recovers" and will accuse the Government of being "out of touch and out of ideas" while raising taxes on families.

Prime Minister Boris Johnson has argued that he has tried to give NHS staff "as much as we possibly can" but the policy is seen as being deeply unpopular with voters.

Responding to the launch, Conservative Party co-chairwoman Amanda Milling said: "Labour politicians are distracted from delivering on your priorities and more interested in playing political games than delivering good services.

"Only the Conservatives can be trusted to focus on your priorities with a proven record of keeping bills down and providing better local services."

Voting on May 6 will include polls for district and county councils in England, police and crime commissioners and city mayors, including in London and Greater Manchester.

With Scottish Parliament and Welsh Assembly elections also taking place, Sir Keir will accuse Nicola Sturgeon's SNP of being "too busy fighting among themselves to fight for the Scottish people". 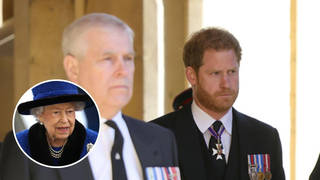 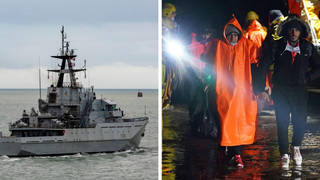