A shock report says patients are being left to go blind because of delays in getting NHS appointments with one charity saying thousands are delayed.

One leading sight loss charity even claimed thousands of patients in England are experiencing delays in time-critical eye care appointments, which they say is leading to irreversible sight loss.

National Investigator for the HSIB, Melanie Ottewill explained the disastrous consequences for one patient who lost her sight.

She said the mother could "no longer see her children, she can no longer read to them, she cannot be a part of their lives in the way that a mother would expect to be."

The damning report by the Healthcare Safety Investigation Branch (HSIB) said there was insufficient capacity in NHS sight services to deal with the growing number of patients, and some clinics rely on staff who do not have the right skills.

The watchdog launched an investigation after a 34-year-old mother lost her sight after waiting 13 months for a follow-up appointment for glaucoma.

The NHS trust that treated her, which has not been named, noted that it could not offer appointments in a timely manner to 4,500 of its ophthalmology patients.

The woman was left unable to properly care for her children, was confined to her home, and her husband had to reduce his hours at work to care for his family.

The report said the woman had first visited an optician in June 2016 after noticing that her vision was getting worse.

She was diagnosed with glaucoma and referred to the local hospital eye service for an urgent assessment.

But insufficient capacity and delays to appointments over a 13-month period - made worse by the fact that she was seen by trainees and locums who did not always escalate the seriousness of her condition - led to further sight loss.

The HSIB report said: "Following a review of the patient's care, it was agreed that there had been missed opportunities to preserve her already limited sight, and that this had left her significantly disabled and unable to lead a normal life.

"The patient's current consultant confirmed that, in her opinion, the patient's disease progression would have been prevented had she been seen and treated in a timely way."

The woman was eventually registered as severely sight impaired.

The HSIB said a lack of timely follow-up for glaucoma patients is a recognised national issue across the NHS.

It said research shows that around 22 patients per month suffer severe or permanent sight loss as a result of delays.

It said its findings related to glaucoma patients but are "likely to be applicable to follow-up of patients with other eye conditions".

Mike Burdon, president of the Royal College of Ophthalmologists, said: "We have been campaigning for some time on how the delays to follow-up appointments results in the loss of vision for patients.

"The HSIB report and the recommendations are extremely welcomed and must not be overlooked.

"With demand for ophthalmic services predicted to rise by more than 40% over the next 20 years, urgent action is needed, and we look forward to working with NHS England and other key stakeholders to the transformation of ophthalmic services to safeguard the sight of patients."

"We know that the delay to appointments once patients are diagnosed exacerbates the risk of sight loss in patients across England.

"Our case highlighted the devastating impact; our patient has suffered immeasurably, living with the effects each day, including not being able to see the faces of her young children or read books to them.

"Despite some national recommendations being made 10 years ago, this continues to happen and will only worsen as the population ages - a 44% increase in the number of people with glaucoma is predicted by the year 2035."

Helen Lee, policy and campaigns manager at the Royal National Institute of Blind People (RNIB), said: "This report has brought vital attention to a serious and dangerous lack of specialist staff and space in NHS ophthalmology services across the country.

"We know that thousands of patients in England are experiencing delays in time-critical eye care appointments, which is leading to irreversible sight loss for some, but suggestions on how to tackle the problem have been continually ignored.

"Without immediate action, the situation will only continue to deteriorate as the demand for appointments increases." 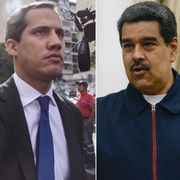 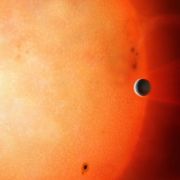