How Many British Prime Ministers Have Served Throughout Queen Elizabeth II’s Reign?

Her Majesty has sworn in her fair share of political leaders over the years - but just how many Prime Ministers have been in power throughout her reign?

Boris Johnson visited the Queen at Buckingham Palace on 24 July, 2019 - with the monarch inviting him to form a new government, after he secured victory over Tory leadership rival, Jeremy Hunt, with a staggering 92,153 votes.

While his trip up The Mall was disrupted by climate change protestors, who attempted to block the path of the PM's motorcade, Boris managed to meet with the monarch and cement his role as the UK's new Prime Minister.

As well as spotting the Queen has a £550 Dyson fan, viewers of the live coverage were left wondering just how many PMs have sworn an oath to serve the British monarch over the years. Here's the full list.

How old is the Queen and how long has she been our monarch?

In 2015, Queen Elizabeth II, now 93, became the longest-reigning British monarch - and the first to celebrate her Sapphire Jubilee.

As it stands, she's reigned for 67 years.

How many Prime Ministers have served during Queen Elizabeth II's reign?

In total 14 Prime Ministers have allegiance to the Queen, since she ascended the throne aged 25 on 6 February, 1952 - including Boris Johnson.

Which Prime Ministers have served under the Queen?

Although Winston Churchill had previously served as Prime Minister, it was during Queen Elizabeth's father, King George VI's reign.

The much-loved politician remains an icon of patriotism and strength, as he navigated the country through the war and reinforced a "stiff upper lip" attitude among the people.

In 1953, Churchill won the Nobel Prize for Literature, became a Knight of the Garter and was accorded a rare state funeral after his death in January 1965.

Just a year into his premiership, Eden's opinion poll ratings plummeted and his failings were becoming increasingly obvious to the press, public and Whitehall alike.

As well as his controversial approach to the Suez Crisis of 1956, which saw the PM conspire with France and Israel to retake the canal and widespread condemnation from other nations, Eden attempted to lie to Parliament about his involvement.

Eden fell ill after undergoing a series of abdominal operations in 1953, before tendering his resignation.

Etonian Harold Macmillan served in both World Wars, before he was made the Minister of Housing in 1951.

He then went on to serve as Minister of Defence, Foreign Secretary, then Chancellor of the Exchequer, before becoming Prime Minister in 1957.

Inheriting Anthony Eden's disillusioned Conservative party and having to lead a country wrought with political uncertainty, Macmillan told the Queen he didn't think his administration would last any longer than 6 months.

Despite his reservations, Macmillan went on to serve his nation for 6 years.

Macmillan improved living standards and prosperity in the UK, claiming the public had "never had it so good." He also distanced the UK from apartheid in South Africa.

Tensions around the Cold War were also increasing throughout Macmillan's premiership, with the PM having to deal with the Cuban Missile Crisis of 1962 and negotiating the Nuclear Test Ban Treaty.

Despite only serving as Prime Minister for a total of 363 days, Douglas-Home managed to oversee the abolition of resale price maintenance and dealing with trade unions.

Ted Heath was Prime Minister during a time of great industrial and economic upheaval, ultimately leading Britain into the European Community in 1973.

Heath also pursued many economic ideals and policies that would later be identified with 'Thatcherism', however, as unemployment rates continued to rise and the strength of trade unions increased, Heath was forced to U-turn on his policies.

Fun fact: James Callaghan is the only British Prime Minister to have held all 4 major offices of state.

'Big Jim' won the leadership election after Harold Wilson's shock resignation in 1976. Despite his apparent popularity among his party, Callaghan lost seats in Parliament on his first day in office, forcing him to rely on the Liberal Party and then the SNP throughout his premiership. Ultimately, it was this that triggered the 1979 referendum on the devolution of powers to Scotland.

Callaghan was also responsible for the 1976 Police Act, which formalised police complaints and procedures, and the Housing Act of 1977, which provided housing for homeless people.

What's possibly the most significant event in Callaghan's leadership was the 'Winter of Discontent', which saw public sector workers taking strike action. Callaghan then received a vote of no confidence.

Known as the 'Iron Lady', Margaret Thatcher was the first female British Prime Minister - and the longest-serving for over 150 years.

While she gradually improved the state of the economy in her first two years in office, she led the country into war against Argentina, over the Falkland Islands.

Her radical programme of privatisation and deregulation was meant to increase self-reliance, however, a lot of her actions - including coal mine closures - caused uproar among the working classes, with strike action becoming a major theme throughout her premiership.

Among her notable career moments, Thatcher befriended US President Reagan and saw the resignation of Geoffrey Howe, before loyalist Michael Heseltine "stabbed her in the front" and challenged her for leadership.

John Major is best known for beginning the Northern Ireland Peace Process, and for reviving the country's economic growth.

During his time, Major survived an IRA attack on Number 10, and took a leading role alongside President George Bush in the first Gulf War.

When elected in 1997 by a "landslide", Blair was seen as a charismatic politician and the face of New Labour. The PM garnered huge public support, with many believing him to represent modern times and having the ability to move the nation forward.

Blair continued to focus on the Northern Ireland peace process, before the Good Friday Agreement was signed in 1998.

The Prime Minister was also responsible for the reform of the House of Lords, the Human Rights Act, Scottish and Welsh devolution, and more.

Years later, in 2001, Tony Blair responded to the 9/11 attack, which saw al-Qaeda terrorists hijack commercial airlines and fly them into the World Trade Centre and the Pentagon buildings in the US, by controversially engaging in war with Iraq.

At the time, the case for war was built on the belief that Saddam Hussein was harbouring weapons of mass destruction, which were never found. This led many to believe the Prime Minister led the UK into an illegal war.

Under Gordon Brown's leadership, the withdrawal of British troops in Iraq began. He also oversaw the world's first ever Climate Change Act and focused on the devolution of powers in Northern Ireland.

After the 2010 General Election, which resulted in a hung parliament, Cameron formed a coalition government with the Lib Dems, led by Nick Clegg.

From the offset, Cameron made it clear he wanted to put political differences aside to come up with an action plan for the "common good".

In response to the Great Recession, David Cameron reinforced an austerity policy, a deficit-reducing programme to reduce government spending. This led to major cuts in public sectors.

After calling a referendum on whether Britain should remain or leave the EU in 2016, Cameron resigned as PM.

The most prominent factor of May's career is her implementation of Brexit and her negotiations with the European Union on the UK's exit - or lack there of. 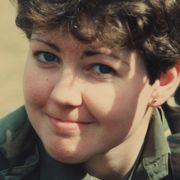