Jeremy Hunt has refused to say US President Donald Trump's tweets were "racist" but said he would be "horrified" if anyone told his children to go back to China.

During the final Conservative Party leadership hustings Jeremy Hunt told an audience of 3,000 that he can be trusted to deliver Brexit.

Iain Dale said he often got calls from LBC listeners who said that they would trust Boris Johnson over Jeremy Hunt because they "know he feels Brexit in his gut" but that "Jeremy Hunt doesn't as he voted remain."

Mr Hunt said: "I feel democracy in my gut, and that is why I'm going to deliver Brexit."

Citing his "experience as Foreign Secretary," the Tory leadership hopeful said "his ability to say tough things" which he had had to say to the Chinese government over Hong Kong and to president Trump.

He added that he would not say that "this is going to be easy, but nor is it going to be impossible."

When Iain Dale asked why he did not use the term "racist" when talking about President Trump's tweets, Mr Hunt said: "I am the country's diplomat in chief, I have responsibility for the relationship with our most important ally."

However, the Conservative leadership hopeful said: "I've got three half Chinese children, born on the NHS, with British passports. I would be utterly appalled, horrified, it would be unacceptable to me or my wife, if anyone ever told them to go back to China."

Scotland will have second referendum with or without Tory support, SNP MP warns 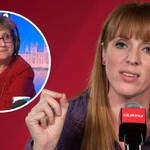