Tributes have been laid, military processions have been practised and insignia chosen ahead of Prince Philip's funeral on Saturday.

The Duke's ceremony is set to take place in St George's Chapel at Windsor Castle in the afternoon.

There has been much speculation about who will attend, what attendees need to wear and how such a major event can be kept Covid-safe.

But what time is the ceremony? Where can you watch it? What is the dress code?

What time is it and where can you watch?

Prince Philip's funeral ceremony officially begins at 3pm but many broadcasters will be covering the events in the lead up to it.

The BBC will be running a special programme on its main channel, while ITV is broadcasting a similar show, Prince Philip - A Royal Funeral, from 1.15pm until 4.30pm.

You can listen to live coverage of the Duke of Edinburgh's funeral on LBC on Saturday.

Due to Covid-19 restrictions, the event has been limited to just 30 people - one of the smallest royal funerals in modern history.

In attendance will be much of the royal family, including the Queen, Prince Charles and the Duchess of Cornwall.

Princess Anne, the Queen and Philip's only daughter, will be joined by her husband and retired Royal Navy officer Vice Admiral Sir Timothy Laurence and her eldest child Peter Phillips.

Prince Andrew, the couple's third child, will also attend, making it the first time he has been to royal event since stepping back from royal duties in 2019.

The Earl and Countess of Wessex are also likely to attend, as are Zara Tindall and Mike Tindall, but it has not yet been confirmed.

Other attendees include Prince Philip’s Private Secretary Archie Miller-Bakewell, who worked with the Duke for over a decade and is described as fiercely loyal by commentators.

Meghan Markle will not attend as she is pregnant and has been advised not to travel.

2. The Prince of Wales

3. The Duchess of Cornwall

4. The Duke of Cambridge

5. The Duchess of Cambridge

6. The Duke of Sussex

13. The Countess of Wessex

30. The Countess Mountbatten of Burma

What is the dress code?

Members of the royal family will not wear military uniform at the Duke of Edinburgh's funeral.

It is understood the Queen has decided that senior royals attending the service should be in civilian clothing.

The move means the Duke of Sussex will not have to face being one of the only close family members who is not in uniform at Saturday's service.

The move also avoids a backlash over Prince Andrew's request to wear an admiral's uniform at the ceremony - a promotion he was entitled to on his 60th Birthday last year but was not awarded following the fallout of the Jeffrey Epstein scandal.

The Duke of York was award the honorary title of Vice Admiral in 2015 but stepped down from royal duties in 2019.

What happens before the funeral?

Prince Philip’s coffin will be driven by a specially modified Land Rover from the entrance of the castle to the west steps of the chapel.

There are two of the vehicles, which he helped design - one used for his funeral procession and a second as back up in case of any problems.

The coffin will be carried from the entrance to the Land Rover by pallbearers from the 1st Battalion Grenadier Guards at 2.40pm.

The Prince of Wales and others will walk in procession behind the coffin at 2.45pm, along a socially-distanced route advised by military officials and the family's protection teams.

What happens at the ceremony?

At 3pm, a national minute's silence will begin in the Duke's memory before the official service begins.

The ceremony will be conducted by Archbishop of Canterbury Justin Welby and Dean of Windsor David Conner, who will both follow the military procession before beginning the service.

The Duke personally selected the regalia that will be on the altar for his funeral, including insignia, medals and decorations conferred on him by the UK and Commonwealth countries.

He also included insignia from Denmark and Greece - Order of the Elephant and Order of the Redeemer respectively - in a nod to his birth heritage as a Prince of Greece and Denmark.

These will be on display together with his Royal Air Force wings and Field Marshal's baton, which will be pre-positioned on nine cushions on the altar in the chapel.

After the ceremony concludes, his coffin will be interred in the Royal Vault beneath the building.

Full Wagatha files: Vardy claims she was made a 'scapegoat' during Euro 2016 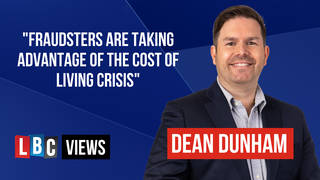 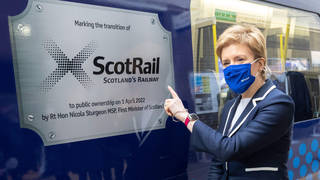 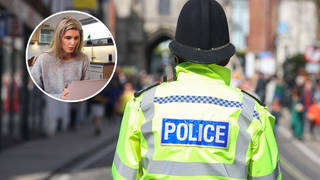