“I am woman, hear me roar” could have been the soundtrack for the tenth day of COP26.

It was Gender Day - when the UN summit turned its gaze onto the impact of climate change on women and how they can also provide solutions.

While a giant puppet of a little Syrian refugee girl stalked the corridors and stages of the SECC, the UK government announced that it would give £45m to help women groups in Asia and the Pacific with a further £120 million to support women’s finance, education and skills, as well as building resilience to climate change in Bangladesh.

The reason for the focus?

Well, women and children are more vulnerable to the impacts of climate change because they form the majority of the world’s poor, and they are more likely to be dependent on small-scale farming for their earnings, so even small changes to climate can see their businesses going bust.

Statistics have shown women can make up 80 percent of displaced people when places are hit by climate-related disasters, which are also seen as a major threat to girls’ education.

Read more: What to expect in second week of COP26... as UK announces £300m for poorer countries

The summit heard from women from across the world - but most eyes were fixed on Nancy Pelosi, Speaker of the US Congress and Alexandria Ocasio-Cortez.

The US had sent 22 representatives from Congress, further underlining both President Joe Biden and former President Barack Obama’s declarations that America is back in the game and prepared to lead on tackling climate change.

It’s certainly the case that climate envoy John Kerry has spent almost every waking hour of the last ten days at COP in negotiations (worth noting that world leaders day last week saw just 10 women at the table).

If it all felt a little tokenistic, the UNFCCC was determined to show otherwise and relayed a list of impacts and agreements - Bolivia committing to promote the leadership of indigenous women and girls, Canada to ensure that 80 per cent of its $5.3bn climate investments over the next five years will target gender equality outcomes, Ecuador committing to strengthen leadership, negotiation, and decision-making capacities within women’s organisations working on climate, Germany announcing a new Gender Strategy on international climate and biodiversity cooperation, the US’s $14m Gender Equity and Equality Action Fund to advance women and girls’ leadership in climate action and participation in green industries - and that cash from the UK too.

Meanwhile, it was revealed the pledges to cut methane, coal and protect forests in the last week will only reduce global warming by just a few tenths of a degree - that means temperatures will be at least 2.4C higher by 2100, and possibly 2.7C.

The Climate Action Tracker estimates that even with the Glasgow agreements, global greenhouse gas emissions in 2030 will still be around twice as high as the globally agreed 1.5C target. Nowhere where we need to be as Barack Obama said yesterday.

That report will add further pressure to the COP26 negotiators. Pressure is also being felt by the UK and Scottish governments after the publication of an environmental report on the controversial proposed Cambo oil field project.

Seventy-five miles west of Shetland the oil field has become a cipher to many climate activists about whether the UK and Scottish governments are serious about meeting their climate targets. The Environmental Law

Alliance has now said hundreds of species would be jeopardised by the drilling as pipelines would cut through the Faroe-Shetland Sponge Belt, a UK Marine Protected Area.

Sponges might be the least of Boris Johnson’s headaches right now, but he’s about to feel the squeeze of an approaching deadline. He’s back at COP26 tomorrow to try and get any and all agreements over the line. 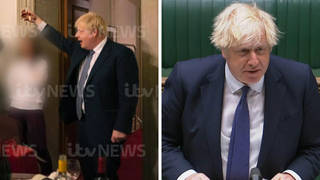 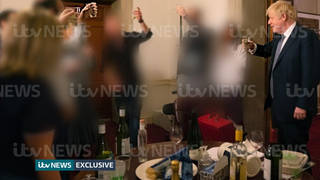