Coronavirus: What is Tier 4 and which areas are in Tier 4?

The latest announcement means an additional 20 million people are in almost total lockdown from one minute past midnight on Thursday, taking the total number to 44 million - 78% of England's population.

The only area left in Tier 1 in the whole of the UK is the Scilly Isles, with areas including Devon and Cornwall being moved into tougher Tier 3 measures.

Among the areas that have been put into Tier 4 is the Isle of Wight, which a month ago enjoyed Tier 1 - the lowest level of restrictions.

Announcing the latest measures, Health Secretary Matt Hancock said the "sharply rising cases and the hospitalisations" that the country is seeing "demonstrate the need to act where the virus is spreading."

So what are Tier 4 restrictions? Which areas will be in Tier 4? And is Christmas cancelled?

What are Tier 4 restrictions?

The new Tier 4 measures mean people must stay at home with few exceptions, however support bubbles can continue for those who are vulnerable or at risk of being lonely.

Non-essential retail must close along with gyms and self-care businesses such as hairdressers, barbers, salons and nail bars.

People should not enter or leave Tier 4 areas or stay overnight at other people's houses in affected towns and cities, although communal worship can continue.

If meeting with people outside, you can only see one other person, similar to the nationwide lockdowns earlier in the year.

Those in Tier 4 cannot travel abroad unless for exceptional work purposes.

Which areas are in Tier 4?

Among the areas that have been put into Tier 4 is the Isle of Wight, which a month ago enjoyed Tier 1 - the lowest level of restrictions.

They join the areas that were placed into Tier 4 just before Christmas, including London, the South East and parts of eastern England are in Tier 4.

The full list of those that have moved into Tier 4 is as follows:

How long will Tier 4 last?

The tiers are reviewed every fortnight, meaning the new restrictions are due to be looked at on or around Jan 13.

These reviews determine whether areas will move down a tier, remain the same, or move up a tier.

However, the Prime Minister urged that New Year's Eve would not be exempt from restrictions on socialising.

Government sources also admitted on Dec 20 that Tier 4 restrictions could be toughened further and remain in place until close to Easter. 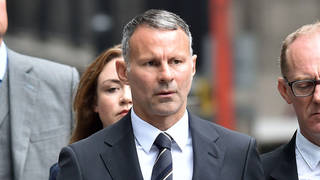