Commuters were left furious when former Mayor of London Ken Livingstone "deliberately" got his foot stuck in a tube door.

The bizarre moment was caught on camera by a commuter, who claimed he was going to be late for work because of the stunt.

In the video, a member of staff can be seen trying to free Mr Livingstone's foot from the door, while the former Mayor shouts: "You're pushing me over. You're trying to push me over."

Ken Livingstone decided to hold up our train because he purposely stuck his foot in when the door was blatantly closing. Now I’m going to be late for work 🙂 pic.twitter.com/hkHzqy97nF

The staff member tells him that the door is open enough to allow him to get his foot out, but Mr Livingstone insisted that he should be let on the train.

Just before the video cuts out, the staff member tells him: "Ken Livingstone, you should know better than this, what are you doing?"

The former Mayor told the London Evening Standard that he was "not deliberately trying to hold the train" and that he did eventually board the tube.

The clip was filmed at Willesden Green station on the Jubilee Line.

He said: "I was looking to get on the Tube and my foot got caught as the doors closed on it.

"What was odd is normally when that happens the driver would open the door - but that didn't happen. I just thought it was bizarre.

"Eventually the driver opened the door and I was able to get on and that was it."

A Transport for London spokesperson said: “We encourage all of our customers to stand clear of the doors for their own safety and to help us run a reliable service.”

ULEZ: Where will it apply and is your car exempt? 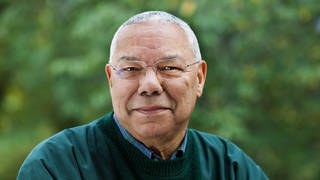 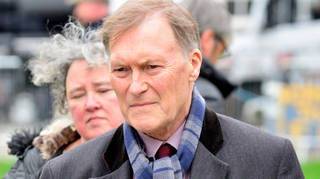