A murder investigation has been launched after the body of a woman was found in a search for a vanished teenager.

Bobbi-Anne McLeod, 18, was reported missing to police on November 20, when she failed to meet up with her friends in Plymouth.

Police confirmed the body of a woman was found near Bovisand in South Hams, Devon, earlier on Tuesday.

While formal identification has not been carried out, Bobbi-Anne's family has been informed.

Two men from Plymouth, aged 24 and 26, have been arrested on suspicion of murder.

Previously, officers said Bobbi-Anne last left her home in Leigham at about 6pm on November 20, but she failed to turn up to a bus she was supposed to catch.

It is devastating news for our city that a body has been discovered in the search for missing Bobbi-Anne. My thoughts and love are with the family. We await news from the Police but this is another dark day for our city. Let’s pull together in the same way we did after Keyham. https://t.co/aNhaN2jDWf

Plymouth MP Luke Pollard urged the community to pull together as they had after the mass shooting in the Keyham area of the city this summer.

The Labour MP for Plymouth Sutton and Devonport described the discovery as "devastating news" for the city.

"My thoughts and love are with the family," tweeted Mr Pollard.

"We await news from the police but this is another dark day for our city. Let's pull together in the same way we did after Keyham."

Devon and Cornwall Police has been conducting searches and inquiries across Plymouth, the force said, supported by a police helicopter.

A Facebook page, which was set up to help find her, had attracted more than 10,000 members before apparently being deleted due to the family's wishes.

Councillor Nick Kelly, leader of Plymouth City Council, said the "shock" of the tragedy will not just be felt in Leigham but the whole of the city.

Following the tragic news this evening that a body of a young women found on Bovisand Beach is thought to be missing girl Bobbi-Anne McLeod from Leigham, Cllr Nick Kelly expresses his sadness on behalf of the people of #Plymouth 🖤 pic.twitter.com/p3RA82XP58

"Bobbi-Anne McLeod was a young woman who had her whole life ahead of her. It is devastating that someone has chosen to take this away.

"I am sure that the shock of this tragedy will not just be felt in Leigham but across the whole of our city.

"I know that everyone will stand with me when I say that all our thoughts are with her family and friends at this devastating time."

Plymouth City Council said Smeaton's Tower will be lit purple on Wednesday evening "to remember Bobbi-Anne, and show her friends and family that the city of Plymouth mourn with them".

Purple is the national colour used when shining a light on abuse and violence towards women.

Enquiries are still ongoing and anyone with information which can help police is asked to call police on 101 using log 706 22/11/21. 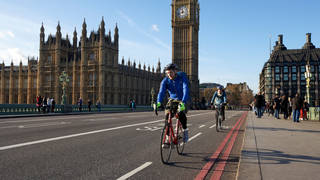