Army bomb disposal experts rushed to a hospital after a man arrived with an artillery shell up his rectum.

The patient, who is thought to have been a military memorabilia collector, reportedly arrived at Gloucester Royal Hospital claiming he "slipped and fell".

An explosive ordnance disposal team was dispatched because doctors worried the projectile could explode.

The shell, a 57mm munition from the Second World War, was designed for use in anti-tank guns that would have taken on the feared German Panzers and Tigers.

Instead, it ended up in the patient who said he had been having a tidy-up when the mishap occurred.

A source told The Sun: "The guy said he found the shell when he was having a clear out of his stuff.

"He said he put it on the floor then he slipped and fell on it — and it went up his arse.

“He was in a considerable amount of pain. I think he collected military memorabilia."

The Sun added that it was told by a defence source that the shell effectively amounted to a “chunky, pointed lump of lead” to be used against tanks but it was “basically an inert lump of metal, so there was no risk to life”.

The paper, which said the shell measured 17cm by 6cm, reported that police and the army were dispatched, with a police spokesman saying "a patient had presented with a munition in his rectum" but the projectile had been removed before officers arrived.

"As with any incident involving munitions, the relevant safety protocols were followed to ensure there was no risk to patients, staff or visitors at any time,” the hospital said. 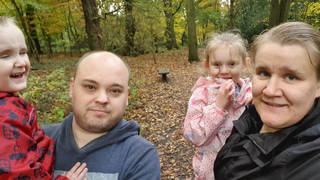 'Don't ever stop rocking': Tributes to Meat Loaf after he dies at 74 with wife by his side