Boris Johnson has told LBC's Nick Ferrari "we will get through" the cost of living crisis, as he vowed to support hard-pressed Brits who are struggling to pay their bills.

Speaking from a press conference in Finland, Mr Johnson said it is a "tough time" for Brits facing a cost of living crisis back at home.

He said his Government will give the "maximum" effort to ease the burden on families who are being forced to choose between heating their homes and putting food on their plates.

LBC's Nick Ferrari asked Mr Johnson: "No country on the planet has sent more financial aid, military aid, to Ukraine, than the UK.

"Reports of £2 billion and rising, yet back home we hear the pensioners spend all day at home in the library because they can’t afford to heat their home, and one man set fire to his driftwood to try and get warm.

"To those who say you are very good at supporting Ukraine, but you are lamentably poor at supporting your own people, how would you respond?"

"What we’ve got to do right now is help people through the aftershocks of the Covid pandemic, just as we helped people through Covid, and we will," he replied.

"Everybody knows how tough it can be right now, but we are going to get through it, just as we got through Covid.

He added: "I just want to explain to people why it is so important that we stand strong against aggression in Ukraine, at the same time.

"There is no doubt at all looking at what Vladimir Putin has done, that this, if it were not to be resisted, this would not be the end of his neo-imperialist, revanchist, ambitions.

"And just imagine the consequences, not just military or political, but economic, of further Russian aggression against any of the other former parts of the Soviet Union.

"It’s to prevent that further catastrophe that it’s important we are strong now."

Mr Johnson said Russia's invasion of Ukraine has "opened a new chapter" in post-Cold War history - after the UK agreed defence pacts with Sweden and Finland.

All three countries have pledged to offer each other military support if they're attacked by Russia.

Mr Johnson said the UK would come to Finland's assistance, including with military support, in the event of an attack on the country.

Asked during a press conference alongside Finnish president Sauli Niinisto if there would be "British boots on the ground" on Finnish territory during a "possible conflict with Russia", he said: "I think the solemn declaration is itself clear.

"But the nature of that assistance will of course depend upon the request of the other party.

"But it's also intended to be the foundation of an intensification of our security and our defence relationship in other ways as well."

Russia has threatened “military and political repercussions” if the Nordic countries decide to join the military alliance.

The head of Russia’s Security Council Dmitry Medvedev said last month it would force Russia to strengthen its military presence in the Baltic region, with cyberattacks also feared.

NATO has made clear Sweden and Finland would be warmly welcomed to the alliance, as public support for the move in Finland has risen sharply in the wake of Russia’s invasion of Ukraine.

Rees-Mogg: Economic crisis 'nothing to do with Brexit' 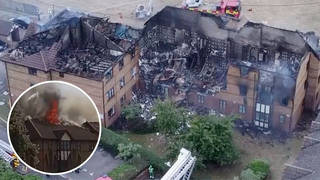 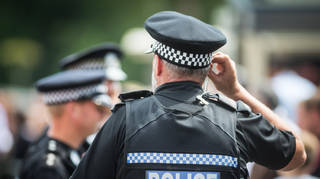