Karen Matthews is engaged to a convicted paedophile, it has been claimed.

Matthews, 44, has been seen wearing an engagement ring, said to be a mock up of the Duchess of Cambridges' ring - while out shopping this week.

According to MailOnline, her new fiance is convicted paedophile Paul Sanders, who she met six weeks ago when he was hired to work on her bathroom.

Sanders, 56, was jailed in 2010 after he admitted admitting engaging in sexual activity with a child.

During the three years he abused his teenage victim, he worked as a driver for disabled and elderly people.

His crimes were only discovered when his victim's mum found indecent images on his mobile phone of her daughter.

Sanders served half of a five year prison sentence and was ordered to sign the sex offenders' register for life.

When he was sentenced his victim - who is now an adult - said: "He makes me sick. He should die. I hate him."

Friends of the couple claim they are "inseparable" and act like "teenagers in love".

Matthews was labelled "Britain's worst mother" in 2008 after sparking one of the biggest missing persons hunt after she faking the kidnap of her daughter Shannon Matthews.

Shannon, then nine, was drugged and hid in the base of a divan bed in Dewsbury, West Yorkshire, for 24 days.

Matthew's had planned the crime with her ex-boyfriend's uncle Michael Donovan, to try and claim a £50,000 reward for "finding" her.

For her part in the crime, Matthews was jailed for eight years, but was released in 2012 after serving half her sentence.

Matthews has no contact with any of her seven children. 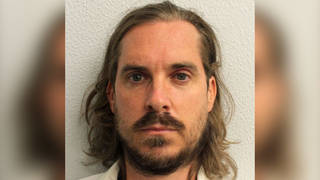