The "the first budget after leaving the EU" will be held on 6 November, according to Chancellor Sajid Javid.

The Chancellor has announced he is planning to hold a Budget just days after the UK is due to leave the European Union.

Sajid Javid tweeted: "On 6th November I'll deliver Britain's first Budget after Brexit and set out our plan to shape the economy and deliver our infrastructure revolution."

It will be Mr Javid's first Budget since he became chancellor in July.

"I will be setting out our plan to shape the economy for the future and triggering the start of our infrastructure revolution.

"This is the right and responsible thing to do – we must get on with governing," Mr Javid said.

The government says that in the event of a no-deal Brexit, it would "act quickly" to announce emergency measures, and "take early action" to support the economy, businesses and households.

This would be followed by a Budget in the weeks thereafter.

The Budget is the government's yearly announcement on its plans for tax and spending for the coming financial year, which starts in April 2020.

Outlining his spending review on 4 September, Mr Javid said his core proposals for the 2020-21 financial year included the "biggest increase" in Home Office spending in 15 years, a £6.2bn increase in NHS funding, as well as increases in funding for social care, tackling homelessness, and the Ministry of Defence.

The #SpendingRound today isn’t just about numbers on a spreadsheet – it’s about making sure our public services have the funding they need to make a meaningful difference to people’s lives pic.twitter.com/pqztnfe3Dm

In his August spending review, Mr Javid declared the government had "turned the page on austerity", announcing its largest increase in spending for 15 years.

In order to make the most of record-low borrowing costs, Mr Javid has also suggested he is prepared to borrow more heavily in the future.

But Shadow Chancellor John McDonnell was pessimistic about the Budget announcement:

"We expect more of the same. An electioneering stunt rather than a budget to rebuild our stalling economy and reset the direction of our country."

Tories announced budget in November. More of an electioneering stunt than a budget to rebuild our stalling economy and reset the direction of our country"

Coronavirus: High-risk workers with no symptoms to be tested 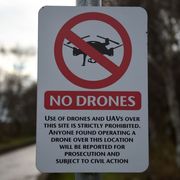