Julian Assange will have his attempt to appeal against extradition heard by the Supreme Court after he won the first part of his legal battle.

The Wikileaks founder is hoping to get the decision to send him to the US overturned and his fiancee declared a victory on Monday.

The 50-year-old is wanted by the US Government over allegations he conspired to obtain and disclose defence information.

That came after Wikileaks published hundreds of thousands of documents on the wars in Afghanistan and Iraq.

The High Court had overturned a previously ruling that Assange should not be sent to the US because of an “oppressive” risk of suicide.

It is now for the Supreme Court to decide whether it will hear Julian's appeal.

His lawyers want to appeal that overturning to the Supreme Court, the highest court in the UK.

On Monday, two senior judges denied him permission to appeal but ruled there is a point of law. For an appeal to get to the Supreme Court, a case has to have a point of law of “general public importance”.

It means Assange can ask the court to bring the appeal to its judges.

"Whether or not the issue needs ventilation in that court is a matter appropriately for its decision," Lord Chief Justice Lord Burnett said.

He added that the point of law was about the circumstances in which an appeal court can be given assurances by a country that were not given at the original extradition, the Press Association reported.

Julian Assange's fiancee Stella Moris said after the verdict: "What happened in court today is precisely what we wanted to happen.

"The High Court certified that we had raised a point of law of general public importance and that the Supreme Court has good grounds to hear this appeal.

"The situation now is that the Supreme Court has to decide whether it will hear the appeal but make no mistake, we won today in court.

"But let's not forget that every time we win, as long as this case isn't dropped, as long as Julian isn't freed, Julian continues to suffer.

"For almost three years he has been in Belmarsh prison and he is suffering profoundly, day after day, week after week, year after year. Julian has to be freed and we hope that this will soon end."

She added: "Our fight goes on and we will fight this until Julian is free."

Assange's lawyers have 14 days to make an application to the Supreme Court. 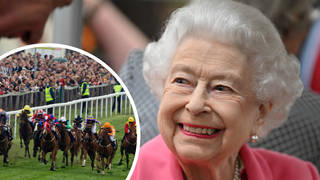