Even moderate amounts of ham, bacon and red meat are linked to bowel cancer, experts have warned.

A study part-funded by Cancer Research UK found people who stick to government guidelines on how much red and processed meat they eat still increase their risk of bowel cancer compared with those who eat very small amounts.

The World Health Organisation have said that processed meat ranks alongside smoking as major cause of cancer, while red meat has been classified as a 'probable' cause of cancer.

The NHS say that Red meat – such as beef, lamb and pork – is a good source of protein, vitamins and minerals, and can form part of a balanced diet. But "eating a lot of red and processed meat probably increases your risk of bowel (colorectal) cancer."

NHS recommendations say that people who eat more than 90g (cooked weight) of red and processed meat per day cut down to 70g.

Processed meat including sausages, bacon and ham have been found to increase the risk of developing bowel cancer. A traditional 'full English' breakfast with two sausages and two rashers of bacon would clock up 130g.

The results of the study showed that those who ate the most processed meat had a 17% higher risk of developing bowel cancer, compared to those who ate less.

For the new study, published in the International Journal of Epidemiology, experts examined data from 475,581 people aged 40 to 69 at the start of the study and followed them for an average of 5.7 years.

There was some good news however, with those people having a high intake of fibre from bread and breakfast cereals lowering their risk of bowel cancer by 14%.

Javid stands by proposed digital tax in face of US threats 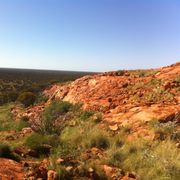