The Met has apologised again for undercover officers' tactics, which saw some form sexual relationships and use identities that were taken from dead children.

In a statement ahead of a public inquiry into the force's Special Demonstration Squad (SDS), the Met said its members had behaved in ways that were "clearly inappropriate and unacceptable" by today's standards.

The inquiry, which is due to last for three-and-a-half weeks, will hear evidence on the first time officers had sexual relationships under their false identities.

It was also the first time they were told to use aspects of the identities of dead children without the family's consent.

Read more: Met Police sued by families of dead children whose identities were used by officers

In a statement released by the Met on Wednesday, Helen Ball, Assistant Commissioner for Professionalism, said the period included rioting and the start of the IRA bombing campaign in England.

She said: "It was against this challenging backdrop that the SDS were operating.

"In this part of the inquiry, evidence will also be heard about officers' actions and behaviour, which in some instances were clearly inappropriate and unacceptable - certainly by modern standards, and in some cases by the standards of the time in which they occurred.

"The Met acknowledges that these cases caused significant harm and distress, and for this we are sorry."

Witnesses including Piers Corbyn, the brother of former Labour leader Jeremy Corbyn, who was spied on for nearly 20 years after he joined a squatting movement for affordable housing in 1971.

Lord Peter Hain, who led a campaign to stop the all-white South Africa cricket team touring the UK in 1970, will also give evidence.

The Undercover Policing Inquiry, set up in 2015, sparked outrage after it revealed women had been tricked into sexual relationships with undercover police and officers had used dead children’s identities.

Among the targets of police spying were family justice campaigns, including the one for murdered teenager Stephen Lawrence.

There are claims that some officers were arrested or prosecuted for crimes under fake identities, leading to alleged miscarriages of justice for their co-defendants.

Besides the SDS, the undercover part of the National Public Order Intelligence Unit, which existed between 1999 and 2010, is being examined too.

On Wednesday, David Barr QC, counsel to the inquiry, said this latest batch of hearings will look at the deployment of 29 undercover officers, who were on assignment for three to five years on average.

A total of eight officers will give evidence in person, while another seven will provide written statements. 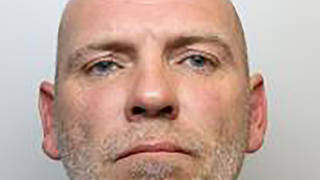