Downing Street has apologised after LBC revealed that a member of staff had described the spokesman for Harry Dunn's family as a 'bad guy' in an email.

The internal email, which said “this guy is bad!,” was sent on October 18 last year – three days after Radd Seiger visited the White House with the teenager’s grieving parents.

Harry’s mother, Charlotte Charles, called for the person responsible to be “dismissed rapidly” by the Prime Minister.

The family of Harry Dunn have since requested an urgent meeting with the Prime Minister after the internal email was revealed.

Charlotte Charles also told LBC she sees it as a direct attack on their family and the campaign.

The Prime Minister's Office called the email's content "inappropriate" and say the sender wasn't directly involved in the case.

In a statement, Number 10 said: "The Foreign Secretary and Home Secretary have both met with the family and the Prime Minister is receiving regular updates on the case.

"The Prime Minister has the deepest sympathy for the family and has been clear he wants to see justice served for Harry, and has raised the case directly with President Trump on a number of occasions”

Harry Dunn was 19 when he was killed in a road crash outside RAF Croughton in August 2019.

His alleged killer, Anne Sacoolas, claimed diplomatic immunity and returned to the US, her home country, but was charged with causing death by dangerous driving in December.

Yesterday lawyers acting on behalf of Ms Sacoolas have said she drove on the "wrong side of the road for 20 seconds" before the fatal crash.

Legal representatives for the 43-year-old issued a public statement detailing her side of the story, in which they claim she was "otherwise driving cautiously and below the speed limit".

His parents have since been campaigning for Ms Sacoolas to face the UK justice system after the crash that killed the teenager outside RAF Croughton in Northamptonshire last year.

The shocking email came as the family campaigned for a virtual trial in Ms Sacoolas’ absence, as the US refuses to extradite her for a trial in Britain.

Speaking exclusively to LBC after the email was revealed, Mr Seiger said: “We don’t know the context of it, we don’t know the background of it, but at that time I was in Washington and I was engaging respectfully – as respectfully as I could – with the great American public, the media, and anybody on Capitol Hill who would talk to me to resolve what was clearly going to become a very difficult matter amicably.

“So to see that I am being referred to as a ‘bad guy’ is clearly a problem, but I do whatever the parents ask me to do, so any attack on me is an attack on these parents.

“We’ll have to wait and see what they [Downing Street] say about it, but the conclusion we have formed is they mean exactly what they say – that I am a bad guy, that I am somehow not doing the right thing, that fighting for justice on behalf of a family who lost their son and the person who’s responsible for that loss has been allowed to walk away – that I’m a bad guy.

“I’ve got very thick skin, I’m not bothered by it personally, but I think it’s something that on the face of it should trouble every single one of us, because at that point, it should have been them coming out and helping the parents, not me, and it appears to me that they were sitting there keeping their fingers crossed that this family didn’t kick up a fuss about it and that reference to me being a ‘bad guy’ was upsetting their plans.”

“That just confirmed to us immediately that our country, our rulers, were not willing at all to help us.

“They clearly had no intention whatsoever, way back then, of helping us.

“It’s an attack on everyone in this country as far as I’m concerned, because it just goes to show that if it would have happened to another family, they wouldn’t have got the help either.

“They had absolutely no intention at all of coming out and speaking out against the US and helping us.

“It’s yet more evidence to us that they clearly just wanted us to go away and let Harry’s life be swept under the carpet as we keep saying and it’s not going to happen.

“I would expect the Prime Minister to dismiss that person rapidly.”

A Downing Street Spokesperson said: "We apologise for the content of this email, which was inappropriate." 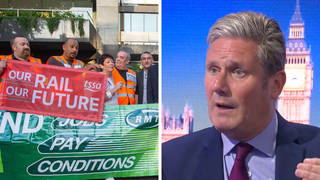