Rafiq tells LBC: 'If you apologise for racism you deserve a second chance'

Azeem Rafiq has been forced to issue an apology for exchanging antisemitic messages - just a day after he told LBC anyone who says sorry for racism should get a second chance.

The former Yorkshire cricketer-turned-whistleblower has come into the media spotlight in recent weeks after he accused the sport of being "institutionally racist", revealing distressing incidents he experienced whilst playing for the club.

But after he pointed the finger at a number of high-profile individuals during a parliamentary select committee this week, he has had to issue is own apology for sending antisemitic messages to another cricket player in 2011.

Ahead of the revelations, Rafiq told LBC's Nick Ferrari at Breakfast: "Anyone that apologises deserves a second chance.

"If (Gary Ballance) apologises properly and accepts it, there's got to be some level of accountability but I think he should be allowed to carry on with his career.

"I've said from the offset I don't want to make this about individuals, but the leaders within that institution, I just don't think you can carry on with them still there.

"But if they apologise and are actually sorry, genuinely, then I think they should get opportunities elsewhere."

In an exchange with former Warwickshire and Leicestershire player Ateeq Javid, uncovered by the The Times, Rafiq makes offensive remarks about an unidentified Jewish person.

In an apologetic statement issued today, posted to Twitter, Mr Rafiq said: "I was sent an image of this exchange from early 2011 today.

Read more: Life sentence for man who killed one and injured seven in Birmingham knife attack

"I have gone back to check my account and it is me – I have absolutely no excuses.

"I am ashamed of this exchange and have now deleted it so as not to cause further offence. I was 19 at the time and I hope and believe I am a different person today.

"I am incredibly angry at myself and I apologise to the Jewish community and everyone who is rightly offended by this."

An ESPNCricinfo report said that an investigation by Yorkshire found the repeated use of the slur "P***", used by a teammate at Rafiq, was "friendly banter". The club has been heavily criticised for its handling of the affair.

Rafiq made allegations against a raft of high-profile cricketers during a culture and sport committee appearance earlier this week, including ex-England players Gary Ballance, Tim Bresnan and Alex Hales.

Board of Deputies of British Jews president Marie Van Der Zyl said: "Azeem Rafiq has suffered terribly at the hands of racists in cricket so he will well understand the hurt this exchange will cause to Jews who have supported him.

"His apology certainly seems heartfelt and we have no reason to believe he is not completely sincere." 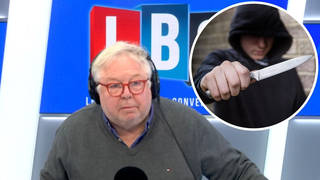 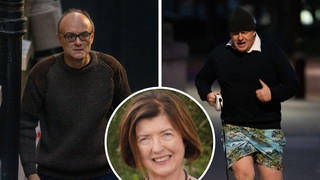